Home / Books / Once Upon A Prime Time 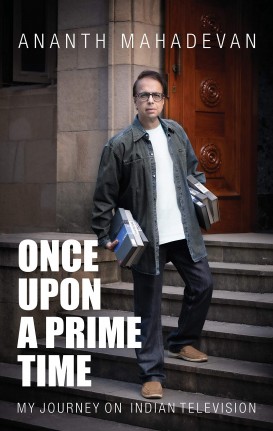 Once Upon A Prime Time

My Journey On Indian Television

"In Once Upon A Prime Time , Ananth Mahadevan pens the memoirs of his journey on Indian television. From first hand experiences with film makers who were the founding fathers of television serials to today's consumerism driven shows, he has tasted them all. The book reads like an autobiography yet covers virtually every major player who was responsible for the nostalgia that Indian television now evokes.

It incorporates exclusive moments with many celebrities and award winning directors. Join the actors on their sets as they perform for television and learn about the stories that made the shows come to life. Covering artistes and makers who impacted our world, such as Amitabh Bachchan, Hrishikesh Mukherjee, Sai Paranjpye, Basu Chatterjee, Kundan Shah, Ravi Chopra, Ramesh Sippy , Farouque Shaikh, Aziz Mirza, Gulzar and Govind Nihalani.

The book is in all probability, the first ever story of Indian television. Besides taking one down memory lane, this could be a throw-back for all those connected with the medium, past and present. It gives you a feeling of travelling through time and watching history being made – behind the scenes." 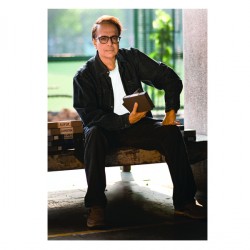 ANANTH NARAYAN MAHADEVAN ‘s career as an actor and film maker traverses nearly 40 years now. From theatre to television and then cinema, it has been, as he puts it, “ an academic progression”. Mahadevan has been an integral part of 36 years of sponsored television in India, both as an actor and director.