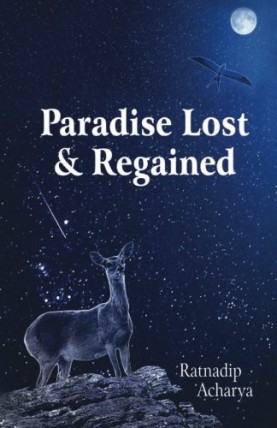 "Whispered the forest & its trees, 'Little deer, tell us your story again.' Smiled I & asked, 'What will you gain hearing it time & again?' Replied the forest at once, 'It is not just a story of a deer, but of we all-forest, earth, sky, trees, wind and river. It is a testimony to trust, love, hope & courage that we will all remember for ages.' With a smile, again I began to narrate my story, which breathed my love, fear, success, failure & glory.

It spanned from my birth in the forest to human captivity, from where I escaped to explore life's other possibility. Everywhere and every moment I received help from Nature, & it taught me to experience life from closer. I learnt that the other name of life is Mystery, and that it is beautiful with all its unknown twists and unpredictability.

Once I finished my narration, the forest was throbbing with life, there prevailed only peace, silence & joy, and no strife. 'Name your story, ' breathed the forest and every living entity it contained. Thought I for a while and replied...'Paradise Lost & Regained' "

"Ratnadip is a well-trained street magician and has demonstrated his skill to many across the country. A NIT Jamshedpur graduate, Ratnadip lives in Mumbai where he works as an Electrical Engineer. He contributed many inspirational write-ups in different collections of Chicken Soup for the Soul. In December 2012 his first novel, Life is Always Aimless ....Unless You Love it was published and was received well by the readers across the country.

Being deeply interested in life, Nature and its mysteries, this time Ratnadip has come up with a storyline the like of which has hitherto not been told. It is about a little deer growing up in a far-flung deep forest, teeming with its fellow deer, other animals, trees and rocks. Yet we can all find ourselves in this strange and surreal world that Ratnadip has created in this inspirational novel Paradise Lost & Regained.