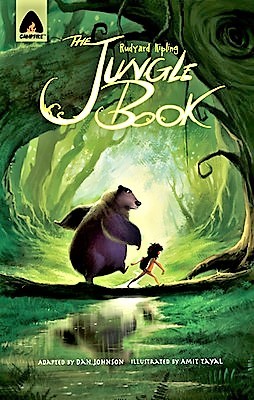 The Jungle Book - The Graphic Novel

The adventure of a lifetime begins on the night a man-cub escapes certain doom at the hands of the tiger Shere Khan. In defiance of the tiger, the boy, Mowgli, is taken in by the Seeonee Wolf Pack and made a member. Mowgli comes of age in the jungle and is taught how to survive by Bagheera, the black panther; Baloo, the brown bear; and Kaa, the python. Always lurking nearby, though, is Shere Khan, who is determined that Mowgli will be his prey.

But the hunter soon becomes the hunted when the boy and the tiger square off in an epic struggle in which only one will survive. But greater than his fight with Shere Khan is the conflict Mowgli faces as he tries to find a place among wolves and humans – neither of whom truly accept him as one of their own. 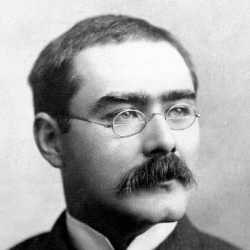 Nobel prize-winning writer Rudyard Kipling was born in Bombay, India, but returned with his parents to England at the age of five. Influenced by experiences in both India and England, Kipling s stories celebrate British imperialism and the experience of the British soldier in India.

Amongst Kipling s best-known works are The Jungle Book, Just So Stories, and the poems Mandalay and Gunga Din. Kipling was the first English-language writer to receive the Nobel prize for literature (1907) and was amongst the youngest to receive the award.