Home / Books / Who is Bharat Mata? On History, Culture and the Idea of India: Writings by and On Jawaharlal Nehru 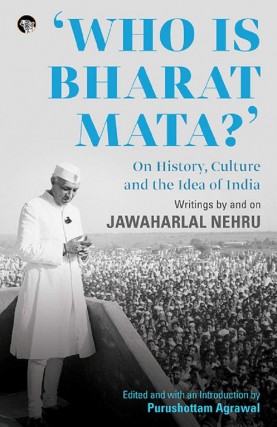 Who is Bharat Mata? On History, Culture and the Idea of India: Writings by and On Jawaharlal Nehru

An unprecedented and timely collection of writings by and on Jawaharlal Nehru—the man who shaped newly independent India; and the icon whose legacy is the subject of intense and often angry debate today.

‘Who is this Bharat Mata, whose victory you wish?’ asked Jawaharlal Nehru—a leading light of the Indian freedom movement who would become the country’s first prime minister—at a public gathering in 1936. And then he explained: the mountains and rivers, forests and fields were of course dear to everyone, but what counted ultimately were ‘the people of India…spread out all over this vast land. Bharat Mata, Mother India, [is] essentially these millions of people, and victory to her [is] victory to these people.’

This collection of writings and speeches by and on Nehru shows us the mind—the ideology, born of experience, observation and deep study—behind this democratic and inclusive idea of India. It is a book of particular relevance at a time when ‘nationalism’ and the slogan ‘Bharat Mata ki Jai’ are being used to construct a militant and purely emotional idea of India that excludes millions of residents and citizens.

‘Who Is Bharat Mata?’ contains selections from Nehru’s classic books—An Autobiography, Glimpses of World History and The Discovery of India; his speeches, essays and letters from the pre- and post-Independence years; and some of his most revealing interviews. The concluding section of the book comprises reminiscences and assessments of Nehru by his contemporaries—among them, Mahatma Gandhi, Bhagat Singh, Sardar Patel, Maulana Azad, Aruna Asaf Ali, Sheikh Abdullah, Ramdhari Singh Dinkar, Ali Sardar Jafri, Martin Luther King Jr and Atal Bihar Vajpayee.

In this carefully put-together anthology—which also carries an illuminating introduction—Nehru emerges as a remarkable man of ideas and action who had an instinctive understanding of India’s civilizational spirit, as also a clear commitment to the scientific temper; and as a leader who, despite the compulsions of politics, remained a true democrat. His legacy continues to be extremely relevant—for, in the words of the editor, an understanding of ‘Nehru’s political and intellectual journey is a pre-condition for India’s survival as a democratic polity and as a humane, compassionate society’. 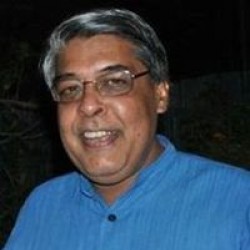 Purushottam Agrawal is a New Delhi based writer and literary historian. He works on Bhakti, spirituality without religion and India’s organic early modernity which, he argues, was halted in its tracks by colonization. His work draws upon sources in Hindi, English, Sanskrit, Urdu, Bra and Awadhi.

He is a well-known public intellectual, lending his voice to newspaper and television debates. He is a contributing editor at The Quint.

Devout Patnaik writes and lectures on the relevance of mythology in modern times. He has written over 700 articles in newspapers and thirty books, which include the bestselling Business Sutra:

A Very Indian Approach to Management and My Gita. His shows on television include Business Sutra and Devilock with Devout Patnaik. He lives in Mumbai.