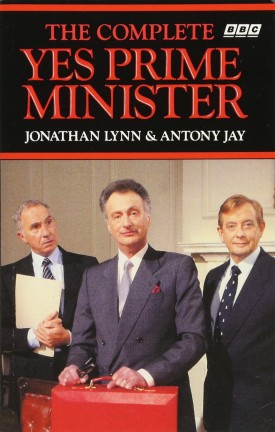 'Scalpel-sharp in observation, deceptively simple
in construction... at its frequent best
Yes Prime Minister exhibits the classical perfection of a
Mozart sonata' - Richard Last in The Times

'Its closely observed portrayal of what goes on in the
corridors of power has given me hours of pure joy'
- Rt Hon. Margaret Thatcher MP

'Yes Prime Minister... is not only a continuing marvel of
editing by Jonathan Lynn and Antony Jay but also a
collector's must' - John Coldstream in the Daily Telegraph 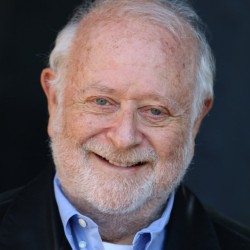 Jonathan Lynn's prolific career spans more than four decades as a director, screenwriter, producer and actor in films, television and theatre, as well as best-selling author and novelist.

His many movies include Nuns on the Run and Clue (both of which he also wrote), My Cousin Vinny (for which Marisa Tomei won the Oscar), The Whole Nine Yards (Bruce Willis and Matthew Perry), Trial and Error (Jeff Daniels, Charlize Theron), Greedy (Michael J. Fox, Kirk Douglas), The Distinguished Gentleman (Eddie Murphy - Political Film Society Special Award and the Environmental Media Award) and The Fighting Temptations (Beyoncé Knowles, Cuba Gooding Jr. - the NAACP Image Award for Best Film).

Jonathan Lynn and Antony Jay's BAFTA award-winning political comedy Yes Minister first aired on BBC2 in 1980 and ran until 1984. The sequel, Yes Prime Minister, ran from 1986 until 1988. The programmes have been seen in 84 countries, and both series are now available on BBC DVD. They won a Special Award from the Campaign for Freedom of Information, and numerous other awards.

Lynn's novels include Mayday and, with Antony Jay, The Complete Yes Minister and Yes Prime Minster, Volumes 1 and 2 (in paperback combined as The Complete Yes Prime Minister) which cumulatively sold more than a million copies in hardback, were on the British top-ten bestseller list for three years and have been translated into numerous languages. The stage play Yes Prime Minister opened in London's West End in 2010 to great critical acclaim and full houses. His most recent book, Comedy Rules, was published by Faber in 2011.