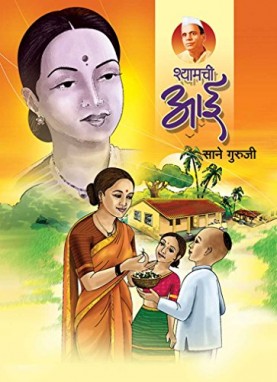 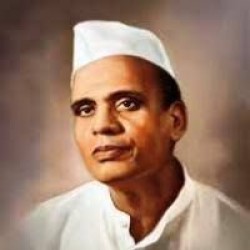 Pandurang Bhaurao Sane, popularly known as Sane Guruji was born in a poor but very cultured family at Palgad in Ratnagiri district of Maharashtra on 24th of December 1899. His father Bhaurao, was a freedom fighter and was jailed during Swadeshi movement. His mother Yashodabai was a kind and virtuous woman, who tried to teach real values of life to her children.

She left a powerful influence on young Pandurang, who later immortalized her in his most famous novel, "Shyamchi Ayee". The beautiful surroundings of Konkan, roused the poetic instincts of Pandurang. He started writing poems while in school. He had to continue high school and college studies in abject poverty and lost his mother, just after he appeared  for the matriculation examination.

This left him completely shattered. He was a very sensitive person and continued to be so till the end. The political upheaval in the country roused his patriotic spirit and he started writing articles to nationalistic periodicals. He opted for Sanskrit and Marathi languages for his B.A. degree and philosophy for his Masters degree.

A gifted orator, he chose teaching as vocation in which he excelled and earned the title as "Guruji" (revered teacher) in no time. He believed more in practicing than preaching and opted to serve in a rural school, where he also accepted the responsibility of warden of the hostel. The boys were very fond of him as he made them sing, play and narrate stories. He bestowed motherly affection on them. He planted trees and asked to celebrate the "Festival of Buds", and taught to imbibe love of nature. He started a magazine "Vidyarthi" which became immensely popular.