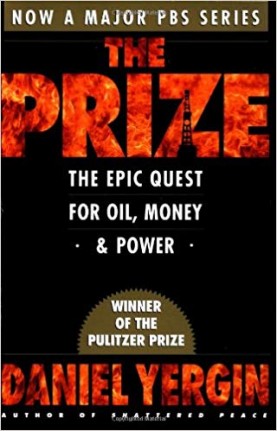 "The Prize" recounts the panoramic history of oil - and the struggle for wealth and power that has always surrounded oil. This struggle has shaken the world economy, dictated the outcome of wars, and transformed the destiny of men and nations.

"The Prize" is as much a history of the twentieth century as of the oil industry itself. The canvas of history is enormous - from the drilling of the first well in Pennsylvania through two great world wars to the Iraqui invastion of Kuwait and Operation Desert Storm. 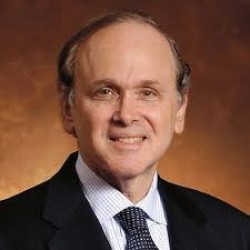 Daniel Yergin is the author of the new bestseller The Quest: Energy, Security, and the Remaking of the Modern World which has been hailed as “a fascinating saga” about the “quest for sustainable resources of energy,” and “the book you must read to understand the future of our economy and our way of life,” not to mention “necessary reading for C.E.O.’s, conservationists, lawmakers, generals, spies, tech geeks, thriller writers. . . and many others.”

He received the Pulitzer Prize for The Prize: the Epic Quest for Oil Money and Power, which became a number one New York Times best seller and has been translated into 17 languages.

Both The Prize and Commanding Heights were made into award winning documentaries. The eight-hour miniseries The Prize was aired on PBS, BBC, and NHK and viewed by 20 million viewers in the United States alone. The 6-hour documentary Commanding Heights that Dr. Yergin produced received three Emmy nominations, and the New York Festivals Gold World Medal for best documentary.

Dr. Yergin serves on the U.S. Secretary of Energy Advisory Board and chaired the US Department of Energy’s Task Force on Strategic Energy Research and Development. He is a Trustee of the Brookings Institution, on the Board of the New America Foundation, and on the Advisory Board of the Massachusetts Institute of Technology Energy Initiative.

Dr. Yergin holds a BA from Yale University and a PhD from Cambridge University, where he was a Marshall Scholar.