Home / Books / The Science Of Getting Rich 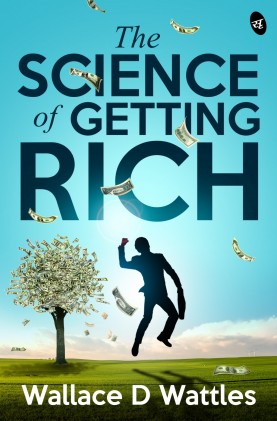 The Science Of Getting Rich

Straightforward and easy to understand, The Science of Getting Rich asserts that all of us -- no matter what our circumstances -- have the ability to obtain enough wealth to live as we desire and to fulfill our purpose in life.

Written nearly a century ago and recently rediscovered by Rhonda Byrne, creator of The Secret, The Science of Getting Rich offers clear insight on creating prosperity and the happiness that ensues.

There exists a science of getting rich -- and it is an exact science, like algebra or arithmetic. There are also certain laws that govern the process of acquiring means, and once these laws are learned and followed, a person will prosper with mathematical certainty. This book carefully provides the explanation of this science and how these laws function.

Each one of us naturally wants to achieve his or her full potential -- this desire to realize our innate talents is inherent in human nature. There is nothing wrong in wanting to become wealthy; in fact, the longing for riches is really the desire for a fuller and more abundant life. The Science of Getting Rich can set you on your way toward reaching this goal.

Wallace D. Wattles was born in the United States in 1860, shortly before the Civil War. Later in life, he began his tireless study of the religious beliefs and philosophies of the world. It was through this relentless examination of such philosophers as Descartes, Hegel, and Ralph Waldo Emerson that he developed his own principles, successfully applied them to his life, and shared them with the world in his innovative 1910 book, The Science of Getting Rich. He died one year later. Wattles’s ideas have lived on to inspire future generations to greatness.