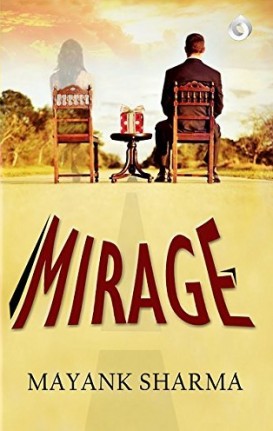 Mirage: 'Nature's way of treating you with your need or desire'.

Rajeev have an accident while he was on his way to celebrate his first marriage anniversary and subsequently finds himself in coma. Though he recovers but scars of the accident gets fresh, when he finds the same 'angel' in his dreams, revisiting and making the gleam move to dark. He gets home only to find his wife dead. Will you call it dichotomy? To an extent; it was. He tries hard to convince people around about his wife Shreya's presence in his life but no one believes.

Time can't heal all wounds but can cover them for a while. To keep his family happy he tries to act normal but pressure of remarriage, Shreya's presence, keeps on haunting him every moment. It is then he decides to escape to be with his wife in her world.

Muddled, Rajeev could feel her presence around but couldn't see her and simultaneously, the question linked with the dream, her death and her presence in the hospital. Standing over the edge either to see Shreya or to commit suicide, Rajeev is drenched in storm of emotions. Will he end the worldly life and find Shreya? Or he'll see a Mirage? If it's a Mirage will the world accept it? Or will call him mad?

Let us find an unconfined meaning to most desired way of breathing in, unconfined love and human life. 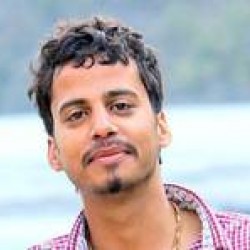 Mayank Sharma was born in a small village of Rajasthan and completed his schooling from Nagda, an industrial town located in Madhya Pradesh, the 'Heart of India'. Being least interested in studies, he simultaneously started  working under various profiles. He is currently working as a freelance creative writer and has made his hobby; writing as his profession. Living by his statement 'Do what you feel and feel what you do'.

For the first time he found himself inclined towards writing at the age of 19 when he started writing poems. But still writing was just a hobby for him; however the coming time made him give writing a serious thought and thus the journey of the first novel began.

Execution was little tougher than the planning and subsequently made him nervous when he noticed that many writers have 'heavy degrees' inside their badge. With no intentions of getting fame or seeing his first novel published he began to write and time ahead made him a published author with the first novel being released in the year 2013 titled, 'A Cocktail of Love'.

Mirage is his second novel. You might often hear him speak as his favorite song goes 'words are all I have to take your heart away'.

He can be contacted at: mkvashi@live.com