Home / Books / Shodh (Getting Even) 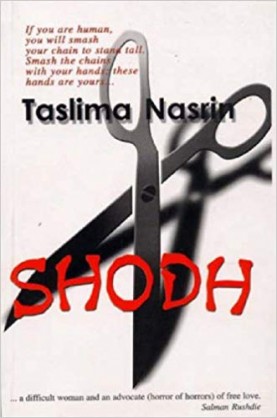 In Shod unlike her other novels, Tashima Nasrin seeks to revolutionize the concept of love and marriage in the so-called elite yet tradition-bound societies. She effects this through a transformation of roles assigned to women—as lover, wife, mother and daughter-in-law. The story of Humor’s marriage to Haroon, therefore, goes beyond the study of a marriage or the fate of a person and raises issues such as:

Is love possible without self-respect, What is the relationship among love, desire and marriage, In what way can the established familial relationships be redefined... In this novel, as much as in her other non-fictional works, Nasrin’s personal experience breathes life into the narrative. 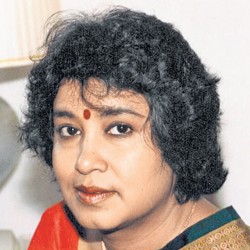 Tashima Nasrin (also Tashima Nasreen, born 25 August 1962) is a Bangladeshi-Swedish writer, physician, feminist, secular humanist and human rights activist. She is known for her writing on women's oppression and criticism of religion, despite forced exile and multiple fatwas calling for her death.

Nasrin's works have been translated into 30 different languages. Some of her books are banned in Bangladesh. She has been blacklisted and banished from the Bengal region (both from Bangladesh and the West Bengal part of India).

Nasrin studied medicine and became a physician. She gained global attention by the beginning of 1990s owing to her essays and novels with feminist views and criticism of what she characterizes as all "misogynistic" religions including Islam.

Nasrin has been living in exile since 1994. After living more than a decade in Europe and the United States, she moved to India in 2004, but was banished from the country in 2008, although she has been staying in Kolkata, India on a resident permit long-term, multiple-entry or 'X' visa since 2004.

Nasrin advocates freedom of thought and human rights by publishing, lecturing, and campaigning. She is an honorary associate of the National Secular Society. She has been unable to return either to her home in Bangladesh or to her adopted home of West Bengal, India.