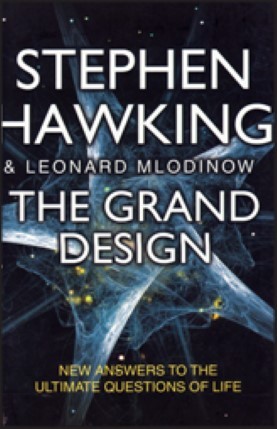 In the last thirty years of his life Albert Einstein searched for a unified theory - a theory which could describe all the forces of nature in a single framework. But the time was not right for such a discovery in Einstein's day. Neither was the time right when, in 1988, Professor Stephen Hawking wrote A Brief History of Time in which he took us on a journey through classical physics, Einstein's theory of relativity, quantum physics and string theory in order to explain the universe that we live in.

He concluded, like Einstein, that science may soon arrive at the long sought after 'Theory of Everything'. In this ground-breaking new work, Professor Hawking and renowned science writer Leonard Mlodinow have drawn on forty years of Hawking's own research and a recent series of extraordinary astronomical observations and theoretical breakthroughs to reveal an original and controversial theory.

They convincingly argue that scientific obsession with formulating a single new model may be misplaced, and that, instead, by synthesising existing theories we may discover the key to finally understanding the universe's deepest mysteries.

Written with the clarity and lively style for which Hawking is famous, The Grand Design is an account of Hawking's quest to fuse these different strands of scientific theory. It examines the differences between past and future, explains the nature of reality and asks an all-important question: How far can we go in our search for understanding and knowledge? 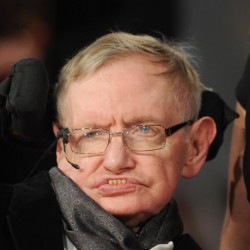 Stephen William Hawking was born on 8 January 1942 in Oxford, England. His parents' house was in north London, but during the second world war Oxford was considered a safer place to have babies. When he was eight, his family moved to St Albans, a town about 20 miles north of London. At eleven Stephen went to St Albans School, and then on to University College, Oxford, his father's old college. Stephen wanted to do Mathematics, although his father would have preferred medicine. Mathematics was not available at University College, so he did Physics instead. After three years and not very much work he was awarded a first class honours degree in Natural Science.

Stephen then went on to Cambridge to do research in Cosmology, there being no-one working in that area in Oxford at the time. His supervisor was Denis Sciama, although he had hoped to get Fred Hoyle who was working in Cambridge. After gaining his Ph.D. he became first a Research Fellow, and later on a Professorial Fellow at Gonville and Caius College. After leaving the Institute of Astronomy in 1973 Stephen came to the Department of Applied Mathematics and Theoretical Physics, and since 1979 has held the post of Lucasian Professor of Mathematics. The chair was founded in 1663 with money left in the will of the Reverend Henry Lucas, who had been the Member of Parliament for the University. It was first held by Isaac Barrow, and then in 1669 by Isaac Newton.

Stephen Hawking worked on the basic laws which govern the universe. With Roger Penrose he showed that Einstein's General Theory of Relativity implied space and time would have a beginning in the Big Bang and an end in black holes. These results indicated it was necessary to unify General Relativity with Quantum Theory, the other great Scientific development of the first half of the 20th Century. One consequence of such a unification that he discovered was that black holes should not be completely black, but should emit radiation and eventually evaporate and disappear. Another conjecture is that the universe has no edge or boundary in imaginary time. This would imply that the way the universe began was completely determined by the laws of science.

His many publications include The Large Scale Structure of Spacetime with G.F.R. Ellis, General Relativity: An Einstein Centenary Survey, with W. Israel, and 300 Years of Gravity, with W. Israel. Stephen Hawking has three popular books published; his best seller A Brief History of Time, Black Holes and Baby Universes and Other Essays and most recently in 2001, The Universe in a Nutshell.

Professor Hawking received twelve honorary degrees, was awarded the CBE in 1982, and was made a Companion of Honour in 1989. He was the recipient of many awards, medals and prizes and is a Fellow of The Royal Society and a Member of the US National Academy of Sciences.