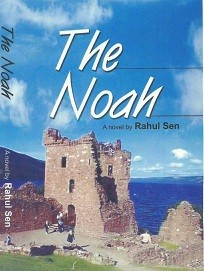 Alerted by the devastating Asian tsunami, a group of scientists launch a highly ambitious, but illegal grand scheme to save humankind. A Nigerian football prodigy, a big time Bollywood actor, a teenage singing sensation, and a French painter are treated as guinea pigs, in an attempt to play God. An emerging doom's day cult decides to attack the project with all the vengeance.

Klaus, a member of a fiercely xenophobic gang in Austria, and Tariq, an idealistic Muslim youth from India, join as crusaders, to support the cause of the cult. Rohit, a brilliant Indian medical graduate, working in UK, becomes a reluctant heir of the scheme, planned by the scientists. After the brutal murder of his mentor, Dr Ferguson, in Scotland, Rohit inherits the most valuable merchandise upon earth. He then returns to India, with his girlfriend Mala.

They reach Kalpa, a spectacular Himalayan Resort, at ten thousand feet above sea. There, overlooked by the gorgeous abode of Lord Shiva, Rohit desperately tries to come to terms with reality. The novel is set in a global backdrop, highlighting the moral dilemmas in a technologically developed world.

The story has traveled several cities including Lagos, Edinburgh, Glasgow, Dublin, Paris, Vienna, Innsbruck, Amsterdam, Mumbai and Kathmandu among others. The novel consists of a string of separate stories which finally builds up to the climax. The last part of the novel follows the spirit of a thriller. The novel deals with love, betrayal, loyalty and above all drama. It encompasses varied and unrelated subjects, including science, arts, Bollywood, football, racism and religious fanaticism.