Home / Books / The Wealth Of Nations 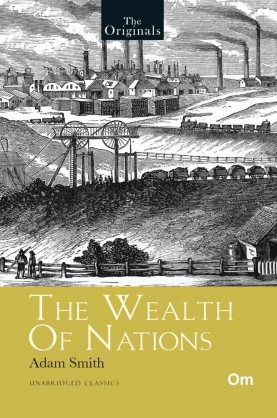 The Wealth Of Nations

“It is not from the benevolence of the butcher, the brewer, or the baker that we expect our dinner, but from their regard to their own interest.” Scottish political economist and philosopher Adam Smith (1723–1790) is considered the father of modern economics. His influential book, The Wealth of Nations, is the first great work in political economy.

In it, Smith argues against regulations on commerce and calls for a limited role of the government. The market economy is to be kept open and free if nations
are to prosper, and the government’s core functions must be to maintain law and order, defence, build infrastructure, and promote education. Smith is critical of government control, but not an advocate of laissez-faire. He believes that the market economy can function only when rules are adhered to. Hence the government’s role in maintaining the rule of law is critical.

The Wealth Of Nations, written before the Industrial Revolution transformed the world, resonates with readers in modern times and offers valuable lessons
in solving the economic conundrums of the day.

Adam Smith (5 June 1723 - 17 July 1790) was a Scottish social philosopher and a pioneer of political economy. One of the key figures of the Scottish Enlightenment,[1] Smith is the author of The Principles Which Lead and Direct Philosophical Enquiries, Illustrated by the History of Astronomy, prior to 1758, The Theory of Moral Sentiments, 1759, and An Inquiry into the Nature and Causes of the Wealth of Nations, 1776. The latter, usually abbreviated as The Wealth of Nations, is considered his magnum opus and the first modern work of economics. Smith is cited as the father of modern economics and capitalism and is still among the most influential thinkers in the field of economics today.