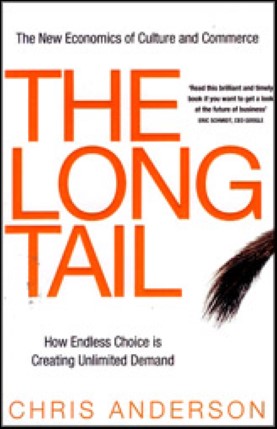 In Circulation
Like the 'tipping point', the 'long tail' is a concept that is so obvious and so right that it seems extraordinary that no-one has articulated it before. The long tail refers to the hundreds of thousands of products that are not number one bestsellers i.e. all those products that form a line that tails off down any company's sales graph. ut in the digital and on-line world, these products are booming precisely because they are not constrained by the demands of a physical retail space. ast autumn, Chris Anderson identified this trend in Wired magazine and called it 'the long tail'. The term has since caught fire in tech and media circles. He says that in an era of almost limitless choice, many consumers will gravitate toward the most popular mass-market items, but just as many will move toward items that only a few, niche-market people want. ake music in an age of Amazon.com and iTunes. A lot of music buyers want the hot new releases. But just as many buy music by lesser-known artists or older music songs that record stores never would be able to carry but that can be offered online. ll that small-market, niche music makes up the long tail. Until the past few years, m 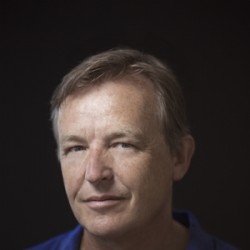 CHRIS ANDERSON is TED's president and head curator. Trained as a journalist after graduating from Oxford University, Anderson launched more than 100 successful magazines and websites before turning his attention to TED, which he and his non-profit organization acquired in 2001. His TED mantra - 'ideas worth spreading' - continues to blossom on an international scale. He lives in New York City.