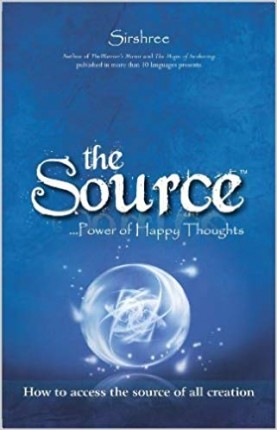 The Source: Power Of Happy Thoughts

Yes, thoughts are very important. Change in thoughts through positive thinking is essential. But the fourth dimension is even more important. Yes, the context in which actions, feelings and thoughts arise is that of consciousness silence experience of being alive.

Very little has been understood about this fourth dimension. Some call it The Self. When that is accessed, then harnessing thoughts, feelings and actions is very simple and easy. When the context in an organization is changed, then inputs, processes and outputs can all take a quantum jump. What a leader in an organization has to do is to precisely do that ??? change the context.

The three facets are all lying on the foundation of the fourth. As a leader leading your life, it is similarly important to understand and access the consciousness from where actions, feelings and thoughts arise from. That is why it is called the source.

Imagine, not being clear about your own source. But that is what is happening most people don't know their own source. The secret of the third aspect of thoughts is not just enough. The source of the thoughts is what matters. Even in the name of spirituality, which is actually the study of the source, everything other than the fourth dimension is being focused on.

The three dimensions spirituality focuses on are exercising, breathing and thinking: Yoga, Pranayama and Gyan. But the fourth dimension of silence, that of Moon is the missing link. In the name of spirituality yogic asanas or breathing exercises or concentration exercises in the name of meditation are given importance to. But until, the source is accessed, until consciousness is manifested, it is not complete.

Man is always comfortable with the three dimensions of length, breath and depth. But the fourth dimension is what gives color to his life. Spirituality talks about the three states of sleeping, awakening and dream states. But discovering the fourth state (teriyaki) is the missing link. Discovering this fourth state should be the highest priority in life. 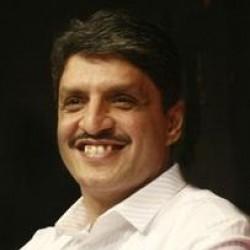 Sirshree’s spiritual quest, which began right from his childhood, led him on a journey through various schools of thought and meditation practices. The overpowering desire to attain the truth made him relinquish his teaching job. After a long period of contemplation, his spiritual quest ended with the attainment of the ultimate truth. Sirshree says, "All paths that lead to the truth begin differently, but end in the same way—with understanding. Understanding is the whole thing. Listening to this understanding is enough to attain the truth."

To disseminate the understanding of truth, Sirshree devised Tejgyan—a unique system for wisdom—that helps one to progress from self-help to self-realization. He has delivered more than 1500 discourses and written over 60 books. His books have been translated in more than ten languages and published by leading publishers such as Penguin Books, Hay House Publishers, Jaico Books, etc. Sirshree’s retreats have transformed the lives of thousands of people and his teachings have inspired various social initiatives for raising global consciousness.