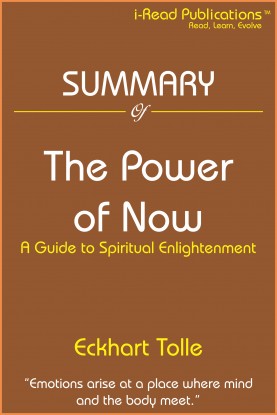 The Power of Now - Book Summary

"Eckhart Tolle is emerging as one of today's most inspiring teachers. In The Power of Now, already a word-of-mouth bestseller in Canada, the author describes his transition from despair to self-realization soon after his 29th birthday. Tolle took another ten years to understand this transformation, during which time he evolved a philosophy that has parallels in Buddhism, relaxation techniques, and meditation theory but is also eminently practical.

In The Power of Now he shows readers how to recognize themselves as the creators of their own pain, and how to have a pain-free existence by living fully in the present. Accessing the deepest self, the true self, can be learned, he says, by freeing ourselves from the conflicting, unreasonable demands of the mind and living present, fully, and intensely, in the Now. "

In this summary, you will learn-

1. The difference between us and ourselves.

3. The importance of the present.

4. Acceptance of our situations. 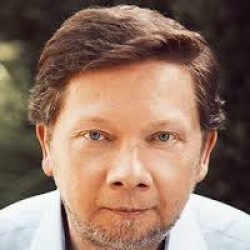 Eckhart Tolle , born Ulrich Leonard Tolle, February 16, 1948, is a German-born writer, public speaker, and spiritual teacher. The New York Times has called him "the most popular spiritual author in the nation". He is the author of the bestsellers "The Power of Now" and "A New Earth".

Tolle had an unhappy childhood in Germany and Spain. His depression reached its peak during early adulthood in England, until he underwent what he calls an "inner transformation". He then spent many years as a vagrant, "in a a state of deep bliss", he says, before becoming a spiritual teacher. He eventually moved to North America where he began writing his first book. He currently lives in Vancouver, Canada with his wife, Kim Eng.