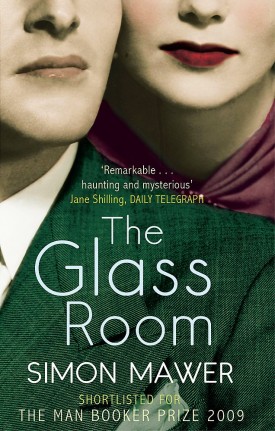 Cool. Balanced. Modern. The precisions of science, the wild variance of lust, the catharsis of confession and the fear of failure - these are things that happen in the Glass Room.

High on a Czechoslovak hill, the Landauer House shines as a wonder of steel and glass and onyx built specially for newlyweds Viktor and Liesel Landauer, a Jew married to a gentile. But the radiant honesty of 1930 that the house, with its unique Glass Room, seems to engender quickly tarnishes as the storm clouds of WW2 gather, and eventually the family must flee, accompanied by Viktor's lover and her child.

But the house's story is far from over, and as it passes from hand to hand, from Czech to Russian, both the best and the worst of the history of Eastern Europe becomes somehow embodied and perhaps emboldened within the beautiful and austere surfaces and planes so carefully designed, until events become full-circle. 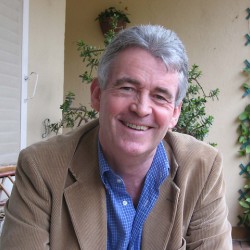 Simon Mawer was born in 1948 in England, and spent his childhood there, in Cyprus and in Malta. Educated at Millfield School in Somerset and at Brasenose College, Oxford, he took a degree in biology and worked as a biology teacher for many years. His first novel, Chimera, was published by Hamish Hamilton in 1989, winning the McKitterick Prize for first novels. Mendel's Dwarf (1997), his first book to be publish in the US, reached the last ten of the Booker Prize and was a New York Time "Book to Remember" for 1998.

The Gospel of Judas, The Fall (winner of the 2003 Boardman Tasker Prize for Mountain Literature) and Swimming to Ithaca followed. In 2009 The Glass Room, his tenth book and eighth novel was shortlisted for the Man Booker Prize. Since then he has published Trapeze (The Girl Who Fell From The Sky in Britain) and readers can expect a sequel, entitled Tightrope, early in 2015.

Mawer is married and has two children. He has lived in Italy for the past thirty years.