Home / Books / A Rainbow in the Night: The Tumultuous Birth of South Africa 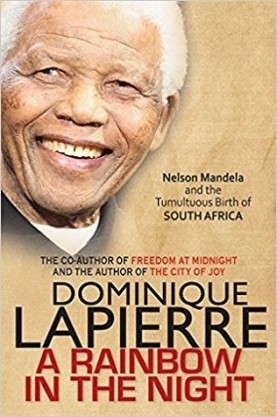 A Rainbow in the Night: The Tumultuous Birth of South Africa

In 1652 a small group of Dutch farmers landed on the southernmost tip of Africa. Sent by the powerful Dutch India Company, their mission was simply to grow vegetables and supply ships rounding the cape. The colonists, however, were convinced by their strict Calvinist faith that they were among God's "Elect," chosen to rule over the continent.

Their saga--bloody, ferocious, and fervent--would culminate three centuries later in one of the greatest tragedies of history: the establishment of a racist regime in which a white minority would subjugate and victimize millions of blacks. Called "apartheid," it was a poisonous system that would only end with the liberation from prison of one of the moral giants of our time, Nelson Mandela.

"A Rainbow in the Night" is Dominique Lapierre's epic account of South Africa's tragic history and the heroic men and women--famous and obscure, white and black, European and African--who have, with their blood and tears, brought to life the country that is today known as the Rainbow Nation. 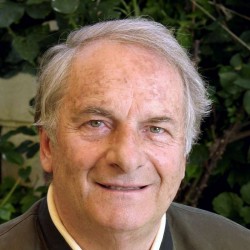 Dominique Lapierre was born in Châtelaillon-Plage, Charente-Maritime, France. At the age of thirteen, he travelled to America with his father who was a diplomat (Consul General of France). He attended the Jesuit school in New Orleans and became a paper boy for the New Orleans Item. He developed interests in travelling, writing and cars.