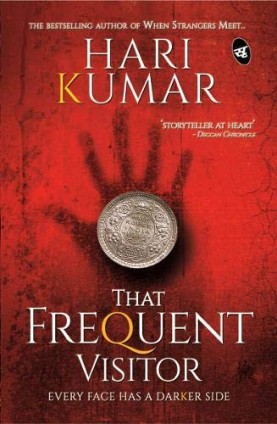 Why are outsiders not allowed on Vypeen Island after sunset? What brought Richard Baxter from Calcutta to Kochi in 1948? Where did Baxter and his wife disappear on the night of Pournami? Who is the visitor that the fishermen fear so much? How far will one man go for the woman he loves? Six decades later, Shiuli Dutta is mysteriously lured into the dreaded Clifford Mansion, where she encounters the ghost of Richard Baxter.

The grieving ghost tells her an incomplete story of its life. A story that will reveal the darker side of a man's mind. A story that shall unveil a venomous truth of the past. A story so sinsiter that it shall alter the fate of a nation's future. A story of courage and cowardice of deceit and insanity. The story of that Frequent Visitor 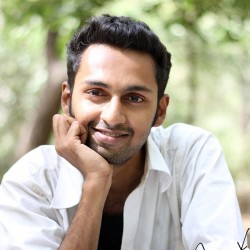 Harikumar Krishnamoorthy (born 3 January 1989), better known as K. Hari Kumar, is the author of spine-chilling horror, psycho and thriller fiction, including That Frequent Visitor, which was the only novel written by an Indian writer to be featured on armónico’s list of bestselling horror titles.

His latest book is ‘India’s Most Haunted’ - a collection of horror short stories published by Harper Collins India.

His previous book ‘The Other Side of Her’ was adapted as the psychological horror web series Bahram.

In 2017, K. Hari Kumar was named one of the top horror writers of India by Desi blitz Magazine. Born in Cochin and brought up in the suburbs of Gurgaon, he did his schooling from DAV Public School, Gurgaon.

His first book When Strangers Meet was published in 2013. He specializes in writing creepy stories that have strong psychological reasoning.