Home / Books / Once Upon A Crush 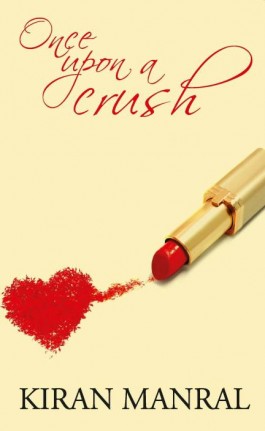 Once Upon A Crush

Rayna De, stuck in a dead end job with a boss from hell, zero love life and the big 3-O looming large on the immediate horizon, has started to panic a bit. No, make that panic a lot. Enter new object of lust in the office, Deven Ahuja, and Rayna is overpowered by inappropriate visions of Cupid aiming his arrows straight into her heart, with turtle doves doing their billing and cooing act in the backdrop.

Alas, Deven is completely out of Rayna's league despite the contradictory messages he seems to be sending out, and is, as decreed by page three supplements of the city newspapers, the man in the life of the gorgeous, light eyed model-turned-actress Sharbari Raina.

As Rayna battles with her crush, shaky employment status and dithers about signing up for domesticity with the approved-by-her-parents Sid Bose, of the multi zero pay package and three-bedroom house, she discovers that life has its own plans... 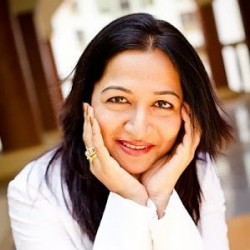 Kiran Manral is a bestselling and acclaimed Indian author, TEDx Speaker, columnist, mentor and feminist. She has written books across genres in both fiction and nonfiction. Her books include The Reluctant Detective, Once Upon A Crush, All Aboard, Karmic Kids, A Boy’s Guide to Growing Up, The Face at the Window, Saving Maya, Missing Presumed Dead. She has authored a short series called True Love Stories for Juggernaut and co-authored 13 Steps to Bloody Good Parenting with Ashwin Sanghi.

She also has published short stories in various magazines, in acclaimed anthologies like Have A Safe Journey and Boo as well on online apps like Juggernaut. Her nonfiction book, Karmic Kids: The Story of Parenting Nobody Told You, was listed amongst the top 5 books on parenting by Indian authors in 2015 by the Sunday Guardian. One review called her the “Bombeck of Bombay.”

The Face at the Window, released in 2016, was listed amongst the top 30 books written by women authors in 2016 by The Ladies Finger, as among the must read books by contemporary women authors by BuzzingBubs and received much critical acclaim. The Times of India stated that “Manral may have very well pioneered the "Himalayan Gothic" genre”, about this book. She was among the six women authors nominated for the Femina Women of Worth Awards in Literature for 2017, and was awarded the International Women's Day award for Literary Excellence by Indian Council of UN Relations and Ministry of Women and Child Development, Govt of India in 2018.

An ex-journalist, she currently writes a column on feminism at SheThePeople.tv, and has been a columnist on sexuality at DNA, on gender issues with Tehelka and on parenting at yowoto.com. She was also on the planning board of the Kumaon Literary Festival, a mentor with Sheroes and an advisor on the Board of Literature Studio, Delhi. She has co-curated Festivelle 2016 and Women Writer’s Fest Mumbai by SheThePeople.tv 2017.