Home / Books / One Foot on the Ground 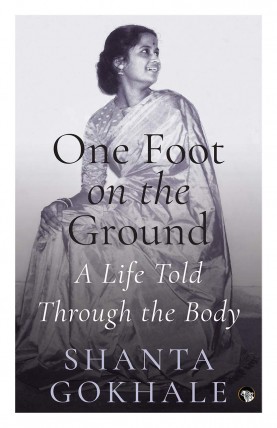 One Foot on the Ground

One of the finest and most unusual autobiographies written in contemporary India. In this unusual, extraordinary autobiography, Shanta gokhale—writer, translator and one of India’s most illuminating cultural commentators the arc of her life over eight decades through the progress of her body, as it grows, matures and begins to wind down.

Starting with her birth in 1939—in philosophic silence, till the doctor’s slap on her bottom made her bawl—she recounts her childhood, youth and middle and old age in chapters built around the many elements and processes of the physical self: tonsils and adenoids, breasts and misaligned teeth; childbirth and fluctuating weight, cancer and bunions. And through these memories emerge others, less visible but just as defining: a carefree childhood growing up in a progressive Marathi household in Mumbai Shivaji Park; the pleasures, in adolescence, of badminton, Kathak and hairdressing; the warmth of friends and an almost love in cold England; finding and losing a mate—twice—and bringing up her children as a single parent; the great thrill of her first translation from Marathi into English; nursing her mother, dying of cancer, as she would a baby; surviving cancer herself, and writing her second novel through the recovery. Told with effortless humour and candour, one foot on the ground is the story of a life full of happiness, heartbreak, wonder and acceptance. It will rank among the finest personal histories written in India. 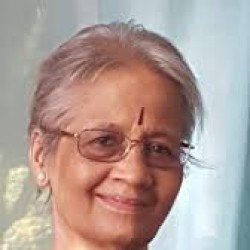 Shanta Gokhale was born in Dahanu and brought up in Mumbai. She has worked as a lecturer in English at Elphinstone College and H.R. College of Commerce, as a sub-editor with Fermina, as a P.R. Executive with Glaxo Laboratories and as arts editor with the Times of India.

Gokhale has written two novels in Marathi, Rita Webinar and Tay Varsha. Both won the Maharashtra State Award for the best novel of the year and have been translated by her into English.

She has translated Scratchier: The Memoirs of a Spirited Wife by Lakshmana Tilak and the novel Kartik on Embers (Dhar) by Buddha J. Selke.

She has also translated from English into Marathi the play Mister Bahram by Grieve Patel and the novel Me and the Big Hook by Jerry Pinto.

She is the author of Playwright at the Centre: Marathi Drama from 1843 to the Present; and the editor of The Scenes We Made:

An Oral History of Experimental Theatre in Mumbai, Satiate Dubey: A Fifty-Year Journey Through Theatre and The Theatre of Fenapanil Chawla: Theory, Practice and Performance.

She has been a culture columnist with The Independent, The Sunday Times of India, Mid-Day and Mumbai Mirror. In 2016, she received the Sangeet Natal Akademie Award for her overall contribution to the performing arts..