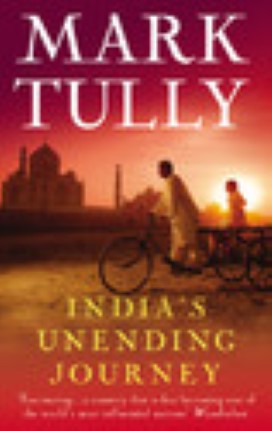 Born in India and educated in Britain, Mark Tully is a citizen of two countries and two cultures, both of which have shaped his thinking and given him a unique perspective on the world today. In this thoughtful and remarkable book, he shares the formative experiences of his upbringing, his early vocation as a priest, his distinguished broadcasting career and his fascination for India's tradition, as well as its modern way of doing things.

India is changing very fast and will soon become one of the world's most influential nations, alongside China and America. As one of the subcontinents's pre-eminent commentators, there can be no better guide to its ways than Mark Tully. In fascinating, accessible style, he shows us the many lessons he has learned from India and, most importantly, what he believes India has yet to teach us about the way we deal with economic growth and poverty relief, environmental issues, education, management and democracy.

As he explains, India's journey is the journey of us all, towards a future in which we must draw deeply upon our spiritual and material resources, and strive to find a balance in the face of uncertainty. 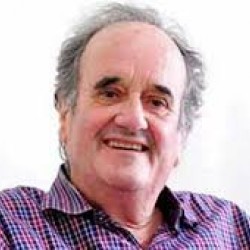 Sir William Mark Tully was the Chief of Bureau for the British Broadcasting Corporation (BBC) in New Delhi for 22 years. Schooled in England, he stayed mostly in India covering all major incidents in South Asia during his tenure.

He was made an Officer of The Order of the British Empire in 1985 and was awarded the Padma Shree in 1992, a rare distinction for a non-Indian. He was knighted in the 2002 New Year Honours. In 2005 he received the Padma Bhushan.

Mark Tully was born in Kolkata in 1935 and educated in India and England. He joined the British Broadcasting Corporation in 1964 and moved to India as the BBC’s India correspondent the following year. He covered all the major events in South Asia for thirty years, until he resigned from the BBC in 1994. Since 1994 he has been a freelance journalist and broadcaster based in New Delhi. He has published several books on South Asia, among them, Amritsar: Mrs Gandhi’s Last Battle (with Satish Jacob); Raj to Rajiv: 40 Years of Indian Independence (with Zareer Masani); No Full Stops in India; India in Slow Motion (with Gillian Wright); Non-stop India; and a collection of short stories, The Heart of India.

Mark Tully was awarded the Padma Shri by the Government of India in 1992 and the Padma Bhushan in 2005. He was knighted and received a KBE, in 2002.