Home / Books / Politics of the Womb: The Perils of IVF, Surrogacy and Modified Babies 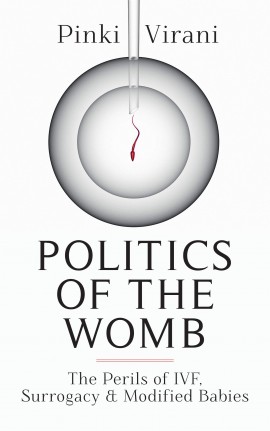 Politics of the Womb: The Perils of IVF, Surrogacy and Modified Babies

Among life’s choices is to have children or remain childfree. Yet those who want a child and find themselves unable, live through the trauma of ‘infertility’-cruelly attributed as ‘their fault’-to undergo the tribulations of assisted reproductive technology.

But how safe is aggressive Ivf, invasive Icsi, exploitative ovarian hyper-stimulation and commercial surrogacy? Politics of the Womb proves that there can be broken babies and breaking mothers; it rips away the romanticism around uterus transplants, warns of genetic theft and ‘designer babies’, and points to the human element being sacrificed, as artificial reproduction uses, reuses and recycles the woman.

Pinki Virani combines investigation with analysis to question those who lead the worldwide onslaught on the woman’s womb in the name of babies, and squarely confronts what has become the business of baby-making by a chain of suppliers that manufactures on demand.

Written in a manner accessible to all, here finally is a path-breaking book which speaks up, in no uncertain terms, for the right to informed choice on responsible reproduction. 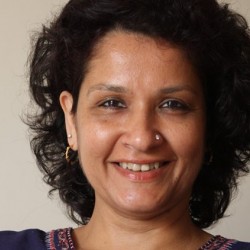 Bombay-born Pinki Virani was eighteen when she started work as a typist. She then took on the job of a beat reporter and rose to become India's first woman editor of an evening.

She divides her time between Bombay, Delhi and Pune and is married to senior journalist Shankar Aiyar; they have chosen to be childfree. Pinki Virani is the author of three bestselling nonfiction titles:

Arena’s Story, Once Was Bombay and Bitter Chocolate. The fi rest book continues to be read in gender study courses, the second by sociology specialists (it was also referred to by an Indian prime minister in his speech on collapsing cities).

The third book on child sexual abuse in middle and upper-class homes earned her international plaudit for being the first in the Indian subcontinent to courageously speak up as a victim of incest, and was honored with a National Award by the government of India.

Deaf Heaven is Pinki Virani's first work of fiction. Her second, Bloody Hell, is being written as both, a literary diptych and a stand-alone novel.