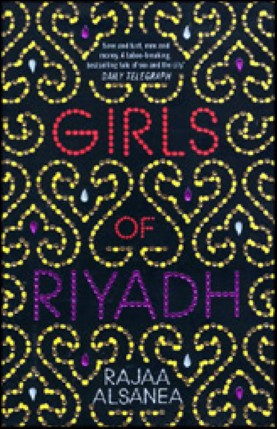 An inside peek into a hidden world: four young women navigate the narrow straits between love, desire and Islamic tradition. Every week after Friday prayers, an email circulates among a group of subscribers to a vast online network.Over the course of a year, the realities of four university students from Riyadh’s elite classes, Gam rah, Michelle, Sadeem and Lames, are revealed.

Living in a society with strict cultural traditions while Sex and the City, dating and sneaking around behind their parents backs consume their lives, these four young girls face numerous social, romantic, professional and sexual tribulations.

Never-ending cultural conflicts underscore the difficulties of being an educated modern female growing up in the 21st century in a culture firmly rooted to an ancient way of life. Girls of Riyadh presents a rare and unforgettable insight into the complicated lives of these young Saudi women, whose amazing stories are unfolding in a culture so very different from our own. 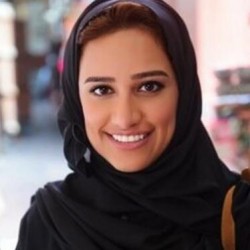 Rajaa Alsanea grew up in Riyadh, Saudi Arabia, the daughter of a family of doctors. She currently lives in Chicago where she is a dental graduate student.

She is twenty-five years old and this is her first novel. Originally released in Arabic in 2005, Girls of Riyadh was immediately banned in Saudi Arabia due to controversial and inflammatory content.

Black-market copies of the novel circulated and the daring originality of Girls of Riyadh continues to create a firestorm all over the Arab world and has been a bestseller across much of the Middle East.