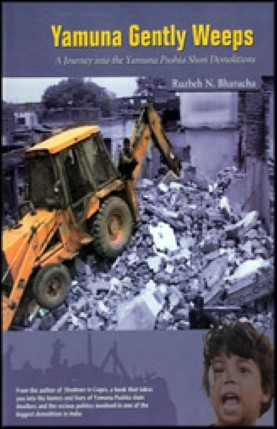 Yumana Gently Weeps is the story of one of the biggest and oldest slums in Delhi and in India, called Yamuna Pushta. A slum that gave shelter to 1,50,000 people and which nurtured more than 40,000 homes. A world within a world existed in Yamuna Pushta. Schools, medical and healthcare centres, self-help groups, shops, restaurants, creches, small businesses and various social organizations, worked closely with the community, bringing about immense positive change in the lives of the residents.

This massive township was demolished in a few weeks. 40,000 homes were razed to the ground and more than 1,20,000 people were left to the mercy of the cruel streets. Just twenty percent of the families whose homes were demolished, were in the guise of resettlement, shoved forty kilometres away from the main city and civilization, onto a barren piece of land in Bawana, where there was no proper sanitation, no medical facility, pathetic water supply, no electricity, and worst of all, no scope of earning one's livelihood. All this and more in the middle of peak summer. 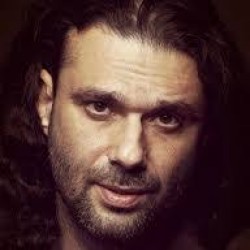 A devotee of Sai Baba of Shirdi, Ruzbeh N. Bharucha is one of the most influential spiritual writers of our times. He is the author of seventeen books, including the bestselling Fakir trilogy, which has been translated into several languages. In 2014, Rabda: My Sai . . . My Sigh, published by Penguin Books, was an instant bestseller.

A former journalist, Ruzbeh is also a documentary film-maker. His documentary Sehat . . . Wings of Freedom, on AIDS and HIV in Tihar Jail, was screened at the XVII International AIDS Conference in 2008.

His collaboration with Zambhala-India's yoga, music and life spirit festival, the first of its kind-gave birth to a series of powerful videos called 'Ramblings with Ruzbeh Bharucha'. His articles have been published in the Times of India, Free Press Journal, Indian Express,

His book My God Is a Juvenile Delinquent has been included in the reading list of all judicial academies in India. Ruzbeh is the 110th Master for the 'Speaking Tree', where he writes an immensely popular blog on spirituality.

His Facebook page has reached out to thousands in a very short span of time. The daily affirmations and messages are a source of inspiration to many. He lives with his family in Pune.

You can reach him here: