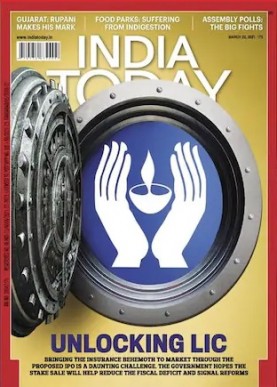 India’s recent economic history has shown that major reforms happen only in desperate times. They are driven not by ideological conviction but by economic necessity. In May 1991, when the country’s foreign exchange reserves were down to only a few weeks worth of imports, the Chandra Shekhar government did the unthinkable: it airlifted 67 tonnes of gold, a metal so dear to Indian hearts, to get an emergency loan of $2.2 billion from the IMF. This was followed in June by the famous dismantling of the licence raj, at least part of it. We stand at a similar juncture now. The GDP this financial year is expected to shrink by an estimated 8 per cent, which is a total loss of 12 per cent from the previous year, due to the pandemic. This means reduction in tax revenues. And again, the government is doing some of the previously unthinkable.

The jewel in the crown of public sector enterprises (PSEs), Life Insurance Corporation (LIC) of India was formed by an act of Parliament in 1956. It is one of those ubiquitous and grand pre-liberalisation socialist behemoths like the State Bank of India (SBI) and the Steel Authority of India. The corporation dates back to an era when the State baked bread, made wristwatches and motor cars, ran banks and airlines and sold insurance policies to its citizens. Gradually, various governments realised that these non-core activities were better performed by the private sector and sold some of them while letting others wither, although many remain millstones around the government’s neck. Despite all the liberalisation, LIC has continued to thrive as a government behemoth.

It still controls 66 per cent of the country’s insurance market. One in five Indians is insured by it. It has more than 100,000 employees and manages assets of over Rs 36 lakh crore, which is more than three times the asset value of India’s largest private sector firm, Reliance Industries. Its 290 million policyholders are equal to the population of Maharashtra and Uttar Pradesh combined. It reported an income of Rs 6.16 lakh crore in 2019-20 and a net profit of Rs 2,713 crore. It also has a unique provision of sharing some of its profits with its policyholders in the form of bonuses and dividends. Despite these positives, the corporation has remained opaque, and estimates of its profits hazy. It has built up inefficiencies over the years. Its list of NPAs is around 6 per cent compared to the industry norm of around 1.5-2 per cent.

For years, LIC was a no-go for disinvestment. Despite many attempts in the past, especially when the insurance sector was opened in 1999, the corporation has evaded listing or disinvestment. There are several reasons for this, not the least of which is the fact that, over the years, besides being an insurer, LIC has also functioned as the government’s lender of the last resort. It has stepped in with its huge corpus to bail out state-run banks, subscribed to bonds floated by the government and met the state’s disinvestment targets by buying up stakes in government firms.

LIC’s total investment portfolio as of March 2020 stood at Rs 33.7 lakh crore, nearly four times the combined figure for private insurance companies. As the economy began decelerating early last year, the government contemplated offloading between 5 and 10 per cent of stake in LIC. Opposition from certain sections of the Sangh Parivar and from within LIC itself scuttled this proposal. There are, of course, several hurdles in the path of disinvestment. LIC was established by an act of Parliament; hence Parliament will have to approve the stake sale. The government is still being accused of selling the family silver, and selling it cheap.

Critics say the government needs to go slow on the LIC disinvestment, perhaps by selling a smaller stake. But with the pandemic and the lockdown dealing a body blow to the economy and India entering its first recession in four decades, things have taken a more urgent turn. The fiscal deficit, or the shortfall in government earnings and expenses, has increased to 9.5 per cent on account of government borrowings. The government needs at least Rs 4.5 lakh crore to bring the deficit down to the manageable 6.8 per cent it has committed to for the next financial year.

Arriving at a valuation of LIC is going to be a challenging exercise. The estimates are widely disparate. They range from Rs 2-3 lakh crore to Rs 20 lakh crore. The expectation is that the government will realise at least Rs 1 lakh crore, if not more, from a 10 per cent stake sale. It will help the government meet a large part of its disinvestment target of Rs 1.75 lakh crore for 2022. Besides bailing out the cash-strapped government, there will be many other beneficial consequences of the sale of LIC stake. It will provide a booster shot to the economy. The sheer size of the IPO will add an estimated Rs 5-5.5 lakh crore of market capitalisation to the stock market and widen the capital markets by bringing in an estimated 10 million investors.

It will result in a greater degree of transparency in its operations, disclosures, compliances and accountability to private investors. This can only lead to a more efficient operation of LIC. In the past two decades, certain industries were big drivers of growth and jobs. First, it was the IT companies, followed by telecom and automobile manufacturing. Insurance was next, but it never took off because it was not fully liberalised. Now, with the hike in FDI in the insurance sector from 49 per cent to 74 per cent and the sale of LIC stake, an insurance boom is in the offing. India is one of the most under-insured countries in the world. A boom in this sector can create millions of jobs.

Our cover story, ‘Unlocking LIC’, by writer Sitanshu Swain, who has covered the sector for 25 years, looks at the challenges of state disinvestment in this financial giant. More than this being about replenishing its coffers, the sale of LIC stake is a test of the government’s commitment to reform and privatisation, which it has been increasingly speaking of this year. If the sale does indeed go through as planned, it will signal that the government means business, and there will be no turning back on privatisation. It will only do good for the country.