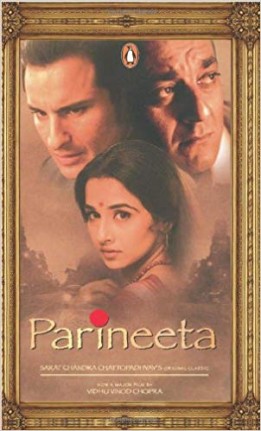 Set in early twentieth century Kolkata, Parineeta (Espoused) is the unforgettable story of a child-woman it ís an intense and bittersweet romance. Lalita, an orphaned girl who lives with her uncle and considers herself betrothed to Shekhar, her benefactor and guardian. After several failed attempts, Lalita finally gets the egotistical Shekhar to admit that he reciprocates her feelings.

However, tensions erupt between Shekharís prosperous father and Lalitaís poor but principled uncle, and the situation is further complicated by the arrival on the scene of Girin, a mild-mannered and eligible bachelor, who is attracted to Lalita. The lover's world is turned upside down, and Shekhar and Lalita find themselves estranged. Years later, they meet again, and the story takes another unexpected turn

Parineeta is a classic that has captured the imagination of generations of readers. This new translation, published to coincide with Vidhu Vinod Chopraís film, will delight Saratchandraís fans, as well as those who are not familiar with the writer's works. 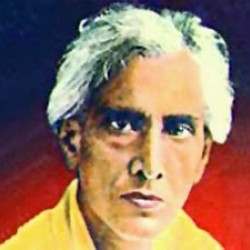 Sarat Chandra Chattopadhyay (also spelt Saratchandra) Bengali was a legendary Bengali novelist from India. He was one of the most popular Bengali novelists of the early 20th century.

His childhood and youth were spent in dire poverty as his father, Motilal Chattopadhyay, was an idler and dreamer and gave little security to his five children. Saratchandra received very little formal education but inherited something valuable from his father—his imagination and love of literature.

He started writing in his early teens and two stories written then have survived—‘Korel’ and ‘Kashinath’. Saratchandra came to maturity at a time when the national movement was gaining momentum together with an awakening of social consciousness.

Much of his writing bears the mark of the resultant turbulence of society. A prolific writer, he found the novel an apt medium for depicting this and, in his hands, it became a powerful weapon of social and political reform.