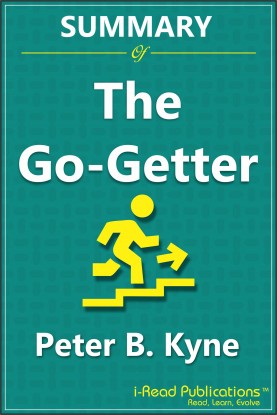 The classic motivational parable (over 500,000 copies sold worldwide) that shows you how to make your own opportunities in life, updated for the modern reader by bestselling business author Alan Axelrod

Ever since its first printing by William Randolph Hearst in 1921, The Go-Getter has inspired employees and entrepreneurs to take initiative, increase their productivity, and excel against the odds. Now, more than half a million copies later, Alan Axelrod, bestselling author of Patton on Leadership and Elizabeth I, CEO, updates the tale to address today's most pressing work issues.

In The Go-Getter, Bill Peck, a war veteran, persuades Cappy Ricks, the influential founder of the Rick's Logging & Lumbering Company, to let him prove himself by selling skunk wood in odd lengths-a job that everyone knows can only lead to failure. When Peck goes on to beat his quota, Rick hands Peck the ultimate opportunity and the ultimate test: the quest for an elusive blue vase. Drawing on such classic values as honesty, determination, passion, and responsibility, Peck overcomes nearly insurmountable obstacles to find the vase and launch hia career as a successful manager.

In a time when jobs are tight and managers are too busy for mentoring, how can you maintain positive energy, take control of your career, and prepare yourself to ace the tests that come your way? By applying the timeless lessons in this compulsively readable parable, employees at all levels can learn to rekindle the go-getter in themselves.

1. Why you shouldn’t underestimate anyone

2. How business can benefit from farsightedness and suffer due to mismanagement

3. What it takes to be a go-getter 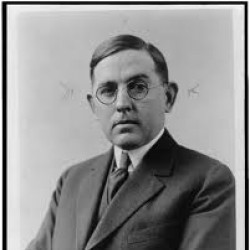 Peter Bernard Kyne was an American novelist who wrote between 1904 and 1940. Many of his works were adapted into screenplays starting in the silent era, particularly his first novel, The Three Godfathers, which was published in 1913 and proved to be a huge success. He is credited in 110 films between 1914 and 1952.

When still under 18, he lied about his age and enlisted in Company L, 14th U.S. Infantry, which served in the Philippines from 1898-1899. The Spanish-American War and the following insurrection of General Emilio Aguinaldo provided background for many of Kyne's later stories. During World War I, he served as a captain in Battery A of the 144th field Artillery, known as the California Grizzlies.