Losing the Plot: Political Isolation of West Bengal is a comprehensive account of West Bengal’s political history tracing the changing leadership, ideologies, and discourse from the birth of modern ideas and nationalism in the state of Bengal which eventually spread across India to its steady movement away from the national mainstream in recent times.

The book delineates the political character of the state and its people, the dream of its early leaders, and the shattering of the same in course of time. The author has analyzed in great detail the rift between Bengal’s leadership and the rest of India since the days of nationalism. He explores West Bengal’s regional political narrative and its continuing isolation from the national mainstream despite changes in government. The cultural, economic, and social preponderance of West Bengal in the past has given way to an unhappy decline because it has failed to engage with its politics in an effective manner.

It is the story of a state that has lost its plot! 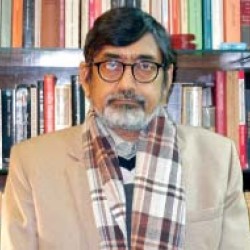 Sugato Hazra is a public policy analyst with extensive experience in political campaigns and has worked with politicians from West Bengal to study the nature of political development in West Bengal during the last thirty years. He has authored Influencing India - Lobbying in the World’s Largest Democracy (2011), perhaps the only book on the subject, and co-authored Winning the Mandate the Indian Experience (2016) on the 2014 Indian general election.

Writing on political economy since his college days, he has been secretary, economic affairs in the industry chamber FICCI and has contributed to various publications of the chamber including jointly putting together the history of FICCI during its 75th anniversary year.