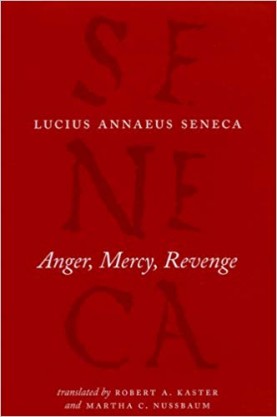 Lucius Annaeus Seneca (4 BCE to 65 CE) was a Roman Stoic philosopher, dramatist, statesman, and advisor to the emperor Nero, all during the Silver Age of Latin literature. Here, with the publication of "Anger, Mercy, Revenge" and "Natural Questions", the University of Chicago Press proudly inaugurates "The Complete Works of Lucius Anneals Seneca", a fresh and compelling series of new English-language translations of his works in eight accessible volumes.

Edited by world-renowned classicists Elizabeth Asmi’s, Shade Bartsch, and Martha C. Nussbaum, this engaging collection restores Seneca - whose works have been highly praised by modern authors from Erasmus to Emerson - to his rightful place among those classical writers most widely studied in the humanities.

"Anger, Mercy, Revenge" comprises three key writings: the moral essays 'On Anger' and 'On Clemency' - which were penned as advice for the then young emperor Nero - and the Apocolocyntosis, a brilliant satire lampooning the end of the reign of Claudius. "

Natural Questions" is a stand-alone treatise in which Seneca compiles and comments on the physical sciences of his day, offering us a valuable look at the ancient scientific mind at work. Both volumes introduce the Latin less reader to the writings of one of the ancient world's most fascinating - and acclaimed - philosophical figures, making them perfect for the undergraduate student and lay scholar alike. 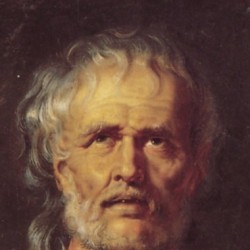 Lucius Annaeus Seneca (often known simply as Seneca) (ca. 4 BC – 65 AD) was a Roman Stoic philosopher, statesman, dramatist, and in one work humorist, of the Silver Age of Latin literature. He was tutor and later advisor to emperor Nero.

While he was later forced to commit suicide for alleged complicity in the Pisonia 0 conspiracy to assassinate Nero, the last of the Julio-Claudian emperors, he may have been innocent.