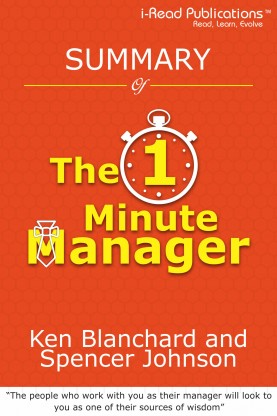 The One Minute Manager- Book Summary

The book is written for managers who have to supervise and control their employees as well as complete certain essential office tasks. It covers certain techniques that could help its readers in improving their productivity, job satisfaction and personal prosperity. This is because individual satisfaction can gradually lead to the growth of any organisation. The authors of the book Kenneth Hartley Blanchard and Spencer Johnson have briefly explained few methods of management that are based on few studies in medicine and behavioural sciences.

The book talks about three practical management techniques such as one minute goal setting, one minute praising and one minute reprimand. These three simple yet effective techniques could do wonders for both individual and organisational growth. The one minute goal setting technique says that each member of a team is essential to fulfil the set goals. For instance, in order to complete daily, weekly, monthly or yearly tasks, team effort is needed, and for that, individual effort matters a lot. One minute praising technique is all about appreciation.

According to this technique a manager must reward a team member for completing a specific task efficiently. Plus, a manager could spend a minute to acknowledge a hardworking employee. The last technique is one-minute reprimand that says that the manager has to give feedback to few members who committed mistakes in their tasks. But the feedback must be given in polite manner so that their interpersonal relations are not affected.

By following these three effective techniques, a manager may grow individually as well as lead to organisational growth in long term. Written in simple, easy-to-understand language, the book can help the readers understand how simple changes can actually work in real management situations.

1. How to do one-minute goal setting.

2. How you can effectively make one-minute praises.

3. How to instantly give one-minute reprimands to your people. 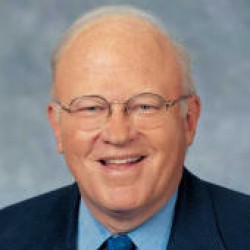 Few people have influenced the day-to-day management of people and companies more than Ken Blanchard. A prominent, sought-after author, speaker, and business consultant, Dr. Blanchard is universally characterized by his friends, colleagues, and clients as one of the most insightful, powerful, and compassionate individuals in business today. Ken is one of the most influential leadership experts in the world and is respected for his years of groundbreaking work in the fields of leadership and management.

Dr. Ken Blanchard is the cofounder and Chief Spiritual Officer of The Ken Blanchard Companies, an international management training and consulting firm that he and his wife, Margie Blanchard, began in 1979 in San Diego, California. In addition to being a renowned speaker and consultant, Ken also spends time as a visiting lecturer at his alma mater, Cornell University, where he is a trustee emeritus of the Board of Trustees.

Ken has received many awards and honors for his contributions in the fields of management, leadership, and speaking. The National Speakers Association awarded him its highest honor, the "Council of Peers Award of Excellence." He was inducted into the HRD Hall of Fame by Training magazine and Lakewood Conferences, and he received the Golden Gavel Award from Toastmasters International. Ken also received The Thought Leadership Award for continued support of work-related learning and performance by ISA--The Association of Learning Providers. Ken has been inducted into Amazon's Hall of Fame as one of the top 25 best-selling authors of all time. The business school at Grand Canyon University bears his name. In addition, Ken teaches students in the Master of Science in Executive Leadership Program at the University of San Diego.

Born in New Jersey and raised in New York, Ken received a master's degree from Colgate University, and a bachelor's and PhD from Cornell University. An avid golfer, Ken belongs to the Loch Lomond Golf Club in Scotland.