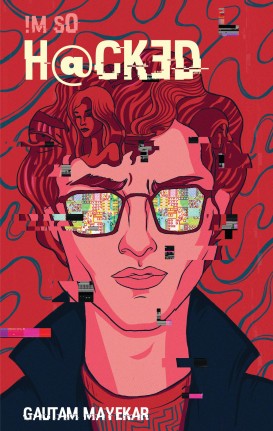 @v! is a hacker who spends his days working in India’s number one anti-virus company as a security researcher and his nights, crawling through underground hacking forums. He is completely unmotivated and lacks purpose until he receives a letter from M@dR1; a mysterious revolutionary who wants to create a “change” in the world.

M@dR1 uses @v!’s horrific past to motivate him, and guides him through various tasks, starting with shutting down the internet services of the entire city.

A series of mayhem, manipulation and mystery ensues as @v! begins hallucinating various events and people from his former life, before he became a reclusive hacker. He is thrown into a barrage of uncertainty and confusion as his perception of reality begins to shift out of focus.

Meanwhile, M@dR1 and @v! prepare for a major cyber-attack that will rock the foundation of the country’s technological unit, with the help of @v!’s friends, $@m and K!LL3R. Will they accomplish their goals? Or will @v!’s increasing delusion lead to their downfall? 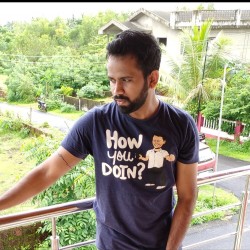 Gautam Mayekar is a certified ethical hacker who works for the American IT company TIBCO Software Inc. as a member of the Technical Staff (Product Security). He has previously worked for Quick Heal Technologies Ltd, a security solutions provider and an American software company called Qualys, Inc. which provides cloud security.

Born and brought up in Goa, he earned his bachelor's degree in Engineering from PCCE, South Goa. He hails from a family of teachers, writers and librarians, and grew up reading books of every genre. His interest in hacking came much later, after witnessing an Orkut community of the Late Dr. APJ Abdul Kalam being hacked by hackers from a neighbouring country.

It was during his time with Quick Heal that he came across an unknown hacker, who later became the inspiration for !m S0 H@cK3D. When he isn't writing or hacking, he enjoys playing and watching football games, and going to the gym.

He has won various prizes in online writing prompts, most recently in a contest held by Half Baked Beans.