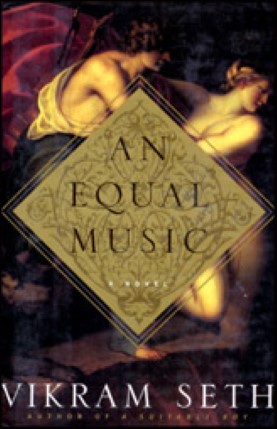 A chance sighting on a bus; a letter which should never have been read; a pianist with a secret that touches the heart of her music ...An Equal Music is a book about love, about the love of a woman lost and found and lost again; it is a book about music and how the love of music can run like a passionate fugue through a life.

It is the story of Michael, of Julia and of the love that binds them. 'A novel that can stand being reread and reread, but the first time round is an emotional cliffhanger ...secure a copy for yourself, settle down, and prepare for the unforgettable' Sunday Times 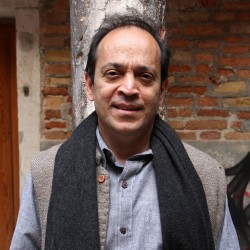 During the course of his doctorate studies at Stanford, he did his field work in China and translated Hindi and Chinese poetry into English.

He returned to Delhi via Xinjiang and Tibet which led to a travel narrative From Heaven Lake: Travels Through Sinkiang and Tibet (1983) which won the Thomas Cook Travel Book Award.

The Golden Gate: A Novel in Verse (1986) was his first novel describing the experiences of a group of friends who live in California.

A Suitable Boy (1993), an epic of Indian life set in the 1950s, got him the WH Smith Literary Award and the Commonwealth Writers Prize.

His poetry includes The Humble Administrator's Garden (1985) and All You Who Sleep Tonight (1990). His Beastly Tales from Here and There (1992) is children's book consisting of ten stories in verse about animals.

In 2005, he published Two Lives, a family memoir written at the suggestion of his mother, which focuses on the lives of his great-uncle (Shanti Bihari Seth) and German-Jewish great aunt (Henny Caro)

who met in Berlin in the early 1930s while Shanti was a student there and with whom Seth stayed extensively on going to England at age 17 for school. As with From Heaven Lake, Two Lives contains much autobiography.

An unusually forthcoming writer whose published material is replete with un- or thinly-disguised details as to the personal lives of himself and his intimates related in a highly engaging narrative voice,

Seth has said that he is somewhat perplexed that his readers often in consequence presume to an unwelcome degree of personal familiarity with him.