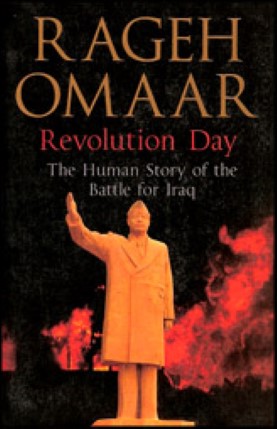 The first book, entitled Revolution Day will be Rageh Omaar's story of the recent Iraq war. During that conflict millions of people turned to Omaar for the quality of his reports from Baghdad. This will be the most important book to come out of the conflict. Omaar has reported from the region for several years and his proposal demonstrates his uniquely personal and insightful response both to the country and its people.

It shows that he is not just a fine correspondent but also a terrific writer. Omaar's television and radio reports have secured his position among some of the finest correspondents of recent years and Revolution Day will be a vivid and resonant account of a conflict at the centre of modern politics that will be read by generations of readers for many years to come. 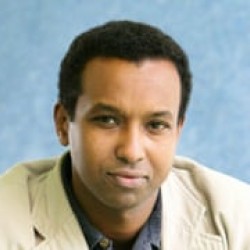 Before joining the Witness team at Al Jazeera English, Rageh Omaar worked for the BBC as Developing World Correspondent and most recently as Africa Correspondent.

Rageh has covered stories ranging from drought in Ethiopia to devastating floods in Mozambique. His reports during the 2003 Iraq war made him a household name and his BBC news bulletins have been syndicated across the US.

Born in Mogadishu, Somalia in 1967, Rageh moved to Britain as a child, attending school in Cheltenham and gaining an Honours degree in Modern History from Oxford University in 1990.

He began his journalistic career as a trainee at The Voice newspaper in Brixton and worked for a short time on the magazine City Limits before moving to Ethiopia in 1991 where he was a freelance reporter for the BBC World Service.

More recently he wrote the biography Only Half of Me: Being a Muslim in Britain (Viking, 2006) and told the human story of the Battle for Iraq in his book Revolution Day (Viking, 2004).