Home / Books / What The Heck Do I Do With My Life? : How To Flourish In Our Turbulent Times 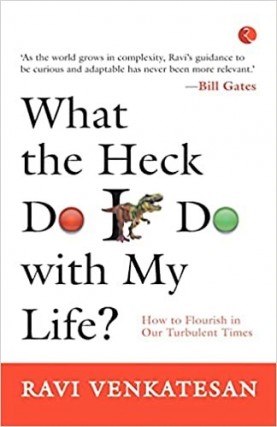 What The Heck Do I Do With My Life? : How To Flourish In Our Turbulent Times

‘As the world grows in complexity, Ravi’s guidance to be curious and adaptable has never been more relevant.’ —Bill Gates

Our world will change more in this century than in all of human history, driven by many factors including technology, climate change, demographics and inequality. Such extreme change is throwing up unprecedented opportunities and creating an ‘adaptive challenge’ for individuals, organizations and societies. Those who can adapt to a fast-flowing, complex, volatile and uncertain world will flourish. Those who cannot will suffer greatly.

There are clear signs everywhere that we need new ways to think about the world and our place in it. Our old ideas about education, lifestyle, success and happiness no longer work. How is work changing? How can you know what skills will be useful when jobs of the future are still being invented? Will ‘jobs’ even exist or are we moving to a world of projects and gig work? How do you make sense of all this and more?

In What the Heck Do I Do With My Life? Ravi Venkatesan makes the case that successful adaptation in the new century requires a ‘paradigm shift’, a different mindset, new skills and new strategies. Ravi also reflects on how we will need to live life more intentionally, making deliberate choices about who we are, what we do and how we live rather than simply being carried along like a piece of driftwood. 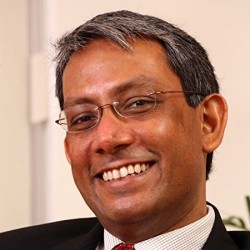 Ravi Venkatesan, author of the book "Conquering the Chaos: Win in India, Win Everywhere",published by Harvard Business Press is the former Chairman of Microsoft India and Cummins India.

Venkatesan is a director on the boards of Volvo, Infosys, and a member of the advisory boards of Bunge Ltd and Marico Innovation Foundation, and a fellow at the Center for Higher Ambition Leadership. He also serves on Harvard Business School's Global Alumni Board. Venkatesan is a founder and Chairman of Social Venture Partners India, a network of engaged leaders attempting to address complex social issues through venture philanthropy.

Under Venkatesan's leadership between 2004 and 2011, India became Microsoft's second-largest geography and one of its fastest growing markets. Microsoft India was rated one of the country's most respected companies, among the most admired brands, and one of India's best employers.

Ravi has a Bachelors in Mechanical Engineering from the Indian Institute of Technology, Bombay, a Masters in Engineering from Purdue University and a MBA from Harvard Business School where he was a Baker Scholar. Ravi was awarded Purdue University's Distinguished Engineering Alumnus award for the year 2011, and the Distinguished Alumnus award by the Indian Institute of Technology in 2003.

Ravi is married to Sonali Kulkarni. They live in Bangalore, India.