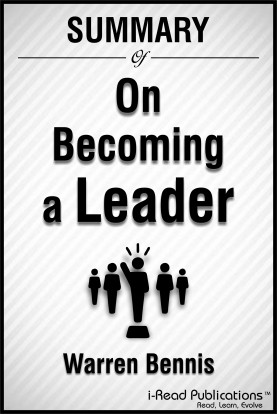 On Becoming a Leader - Book Summary

Warren Bennis, master practitioner, researcher and theoretician all in one, has managed to create a practical primer for leaders without sacrificing an iota of necessary subtlety and complexity. The leadership classic recommended by Vice President Al Gore to all his advisors.

1. The nuances of leadership and how you can work upon yourself and excel as a leader.

2. As an aspiring leader, how you have no one else other than your own self to work upon.

3. How leaders are whole brained people who use their left and right brains with equal ease.

4. How a leader gets people on his side without instilling fear and intimidation. 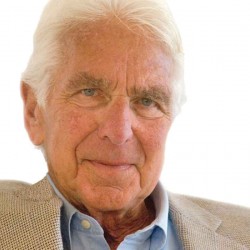 Warren Gamaliel Bennis is an American scholar, organizational consultant and author, widely regarded as a pioneer of the contemporary field of Leadership Studies. Bennis is University Professor and Distinguished Professor of Business Administration and Founding Chairman of The Leadership Institute at the University of Southern California.
“His work at MIT in the 1960s on group behavior foreshadowed -- and helped bring about -- today's headlong plunge into less hierarchical, more democratic and adaptive institutions, private and public,” management expert Tom Peters wrote in 1993 in the foreword to Bennis’ An Invented Life: Reflections on Leadership and Change.
Management expert James O’Toole, in a 2005 issue of Compass, published by Harvard University’s John F. Kennedy School of Government, claimed that Bennis developed “an interest in a then-nonexistent field that he would ultimately make his own -- leadership -- with the publication of his ‘Revisionist Theory of Leadership’ in Harvard Business Review in 1961.” O’Toole observed that Bennis challenged the prevailing wisdom by showing that humanistic, democratic-style leaders better suited to dealing with the complexity and change that characterize the leadership environment