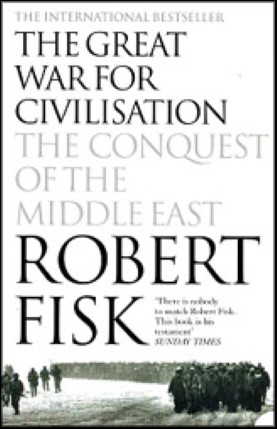 The Great War For Civilisation.

The history of the Middle East is an epic story of tragedy, betrayal and world-shaking events. It is a story that Robert Fisk has been reporting for over thirty years. His masterful narrative spans the most volatile regions of the Middle East, chronicling with both rage and compassion the death by deceit of tens of thousands of Muslims, Christians and Jews.

Robert Fisk’s remarkable history is also the tale of a journalist at war – learning of the 9/11 attacks while aboard a passenger jet, reporting from a bombed-out Baghdad, interviewing Osama bin Laden – and of the courage and frustration of a life spent writing the first draft of history. 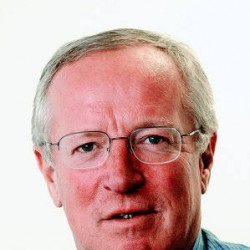 Bestselling author and journalist Robert Fisk holds more British and international journalism awards than any other foreign correspondent. Fisk is currently the Middle East correspondent of The Independent, based in Beirut.

He has lived in the Arab world for more than 40 years, covering Lebanon, five Israeli invasions, the Iran-Iraq war, the Soviet invasion of Afghanistan, the Algerian civil war, Saddam Hussein’s invasion of Kuwait, the Bosnian and Kosovo wars, the American invasion and occupation of Iraq and the 2011 Arab revolutions.

He has been awarded the British International Journalist of the Year Award seven times and has also received the Amnesty International UK Press Award twice. Robert Fisk received a Ph.D. in Political Science from Trinity College, Dublin and was The Times‘s (London) Belfast correspondent from 1971-1975 and its Middle East correspondent from 1976-1987.

He is also the author of Pity the Nation, a history of the Lebanese war, and The Age of the Warrior, an anthology of his ‘Comment’ pieces from the Independent.