In the 21st century every sixth human being will be Indian. India is very close to becoming the second largest consumer market in the world, with a buying middle class numbering over half a billion.It is in the top ten in overall GNP.

Yet at least 200 million Indians remain desperately poor. Illiteracy rates are high. Communal violence is widespread; corruption endemic. Brides are still tortured and burnt for dowries; the caste system has lost little of its power and none of its brutality.

How are we to make sense of these two, apparently contradictory, pictures of India today? And how can we overcome the many misconceptions about India that are fed by the stereotypes created by foreigners and the myths about themselves projected by Indians?

In Being Indian, Pavan Varma, whom the Guardian has called 'one of the country's most perceptive writers', demolishes the myths and generalisations as he turns his sharply observant gaze on his fellow countrymen to examine what really makes Indians tick and what they have to offer the world in the 21st century. 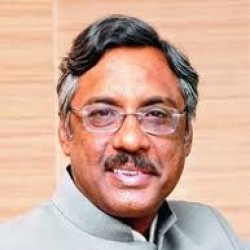 Pavan K. Varma is a writer-diplomat and now in politics, where he was till recently an MP in the Rajya Sabha, and earlier Advisor to the Chief Minister of Bihar. Author of over a dozen bestselling books including, Ghalib: The Man, The Times; The Great Indian Middle Class; The Book of Krishna; Being Indian; Becoming Indian; and Chanakya’s New Manifesto, he has been Ambassador in several countries, Director of The Nehru Centre in London, Official Spokesperson of the Ministry of External Affairs, and Press Secretary to the President of India.

Pavan K. Varma was conferred an Honorary Doctoral Degree for his contribution to the fields of diplomacy, literature, culture and aesthetics by the University of Indianapolis in 2005.