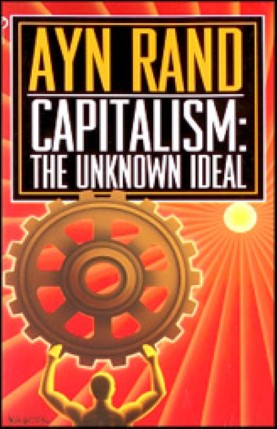 Available
The foundations of capitalism are being battered by a flood of altruism, which is the cause of the modern world's collapse. This is the view of Ayn Rand, a view so radically opposed to prevailing attitudes that it constitutes a major philosophic revolution. Here is a challenging new look at modern society by one of the most provocative intellectuals on the American scene. This edition includes two articles by Ayn Rand that did not appear in the hardcover edition: â€œThe Wreckage of the Consensus,â€ which presents the Objectivistsâ€™ views on Vietnam and the draft; and â€œRequiem for Man,â€ an answer to the Papal encyclical Progresso Populorum. 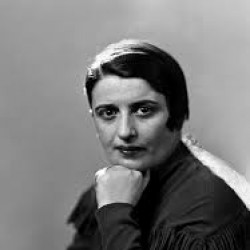 By the time she completed her education at Petrograd State University, she had published her first essay and changed her professional name to Ayn Rand.

Rand originally traveled to the United States on a visit to relatives in 1926, and decided to stay in the U.S.

Determined to become a screenwriter, Rand settled in Hollywood and supported her writing by working at various positions in the film industry, including as an extra and as head of the costume department at RKO Pictures.

She became a naturalized U.S. citizen in 1931. Rand's first novel was published in 1936. Rand found her first serious financial success with her worldwide bestselling novel, The Fountainhead, in 1943.

She wrote the screenplay for the popular film adaptation produced by Hall Wallis and starring Gary Cooper. Rand's best-known work, the international bestseller Atlas Shrugged, was published in 1957.

Rand's philosophy of Objectivism is cited by selected contemporary politicians and prominent citizens as a major influence on their thinking. Rand died in New York City in 1982.