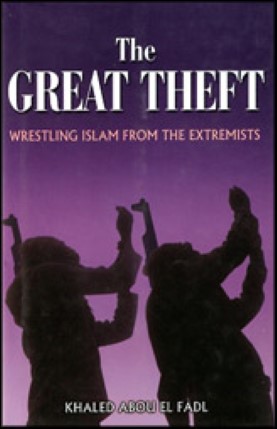 One of the most formidable weapons in the battle against Islamic fundamentalism Islam is currently passing through a transformative moment no less dramatic than the movements that swept through Europe during the reformation. At this critical juncture there are two completely opposed worldviews within Islam competing to define this great world religion. The stakes have never been higher and the future of the Muslim world hangs in the balance.

Drawing on the rich tradition of Islamic history and law, The Great Theft is an impassioned defense of Islam against the encroaching power of the extremists. As one of the preeminent Islamic scholars in the world, Khaled Abou El Fadl roots his arguments in the longstanding historical legal debates and point-by-point delineates the beliefs and practices of moderate Muslims from the corrupting influences of the extremists.

From the role of women in Islam to the nature of jihad, from democracy and human rights to terrorism and warfare, Abou El Fadl builds a vital vision for a moderate Islam. At long last, the great majority of Muslims that oppose extremism have a desperately needed voice to help reclaim Islam’s great moral tradition. 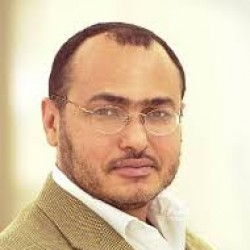 Khaled Abou el-Fadl, one of the leading thinkers on Islamic law in the United States, is a professor at the University of California at Los Angeles, where he teaches courses related to human rights and terrorism. He has authored several books, including Conference of the Books: The Search for Beauty in Islam (2001), and Speaking in God's Name: Islamic Law, Authority and Women (2001).

Here, he discusses Wahhabism, the puritan strain of Islam that Osama bin Laden practices, and its role in Sept. 11, and says that Muslims haven't done enough to counter the extremist currents in Islam.

El-Fadl, a devout Muslim who has written extensively and critically about the spread of Islamic fundamentalism, also talks about the many death threats he has received since Sept. 11, and offers an unsparing assessment of the extremists who carried out the Sept. 11 attacks. This interview was conducted by FRONTLINE producer Helen Whitney in the winter of 2002.