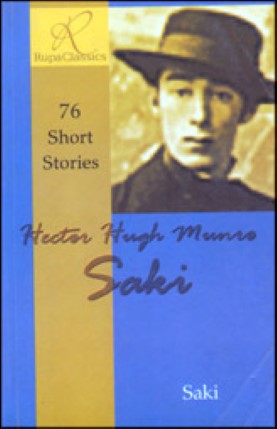 Saki's stories blend laughter and savagery with startling effect. His first book, The Rise of the Russian Empire (1889), was the only one written in a serious vein. Thereafter, he adopted the pseudonym 'Saki' (the name of the cup-bearer in the last stanza of The Rubaiyat of Omar Khayyam) for his collection of short stories: Reginald (1904), Reginald in Russia and Other Sketches (1910), The Chronicles of Clovis (1912) and Beasts and Super beasts (1914).

Whimsical in their plots and light heartedly cynical in their tone, those stories are also given a darker side by Munro's memories of his unhappy childhood with his aunts. He also published two novels, The Unbearable Brassington (1912) and When William Came (1913), the latter a satirical fantasy subtitled 'A Story of London under the Hohenzollerns'. Two collections of stories and sketches appeared posthumously: The Toys of Peace and Other Papers (1919) and The Square Egg and Other Sketches (1924). 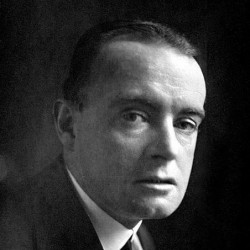 He is considered a master of the short story and is often compared to O. Henry and Dorothy Parker. His tales feature delicately drawn characters and finely judged narratives.

"The Open Window" may be his most famous, with a closing line ("Romance at short notice was her specialty") that has entered the lexicon.

In addition to his short stories (which were first published in newspapers, as was the custom of the time, and then collected into several volumes) he also wrote a full-length play, The Watched Pot, in collaboration with Charles Maude; two one-act plays;

a historical study, The Rise of the Russian Empire, the only book published under his own name; a short novel, The Unbearable Brassington; the episodic The Westminster Alice (a Parliamentary parody of Alice in Wonderland), and When William Came, subtitled A Story of London Under the Hohenzollerns, an early alternate history.

He was influenced by Oscar Wilde, Lewis Carroll, and Kipling, and himself influenced A. A. Milne, Noël Coward, and P. G. Wodehouse