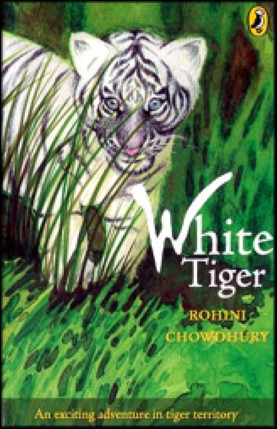 A man-eating tigress, a ghost tiger and three children in a thrilling forest adventure When Dev, Ditin and Avid are sent to live with their fathers friend in Rathnapura, a remote village by a forest, they find themselves in a whole new world.

They make new friends, sight their first tiger and explore the mysteries of the wild. Then one day a tigress is shot dead and the children are caught in a web of intrigue as they join the hunt for her killer. Full of fascinating details about life in the jungle, this racy story will leave you growling for more. 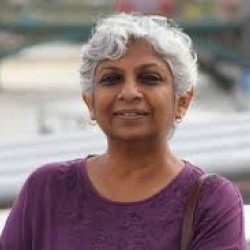 Her published writing is in Hindi and English, and covers a wide spectrum of literary genres including translations, novels, short fiction, comics, and non-fiction.

Her most recent publications for children include The Garden of the Djinn, a fantasy adventure novel. Her literary interests include mythology, folklore, mathematics and history.

Rohini’s primary languages as a literary translator are pre-modern (Bra Bhasha and Avahi) and modern (Khari Boil) Hindi, and English.

Her translations include the seventeenth century Bra Bhasha text Ardhakathanak, widely regarded as the first autobiography in an Indian language, into modern Hindi and into English, and the Hindi novel Tygart [The Resignation] by Jitendra, one of the leading Hindi novelists of the modern period, into English.

Her most recent translation is Devaki Nandan Khatri's mystery-adventure novel, 'Chandrakant', amongst the earliest and most popular works in its genre in Hindi.