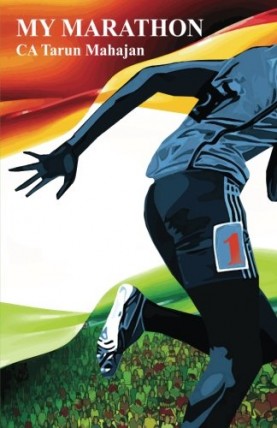 MY MARATHON is a true story of a person who was a big zero in athletics from birth to 36 years of age turned into a marathoner in his thirty seven year of his age. It is never late. This story is not filmy. It does not have the spices of drama, action, love, emotion etc. But it will surely give you inspiration to believe in power within you. It will inspire you to do whatever you desire to do. The only thing you need to have is a strong desire. 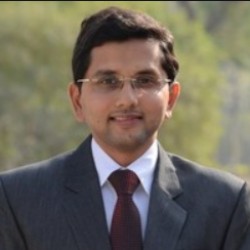 CA Tarun Mahajan is a commerce graduate. He did CA in year 1999. He is also a CFA Charterholder from CFA Institute (USA). He was the first to acquire CFA charter in Madhya Pradesh and Chhattisgarh at a time when there were less than 400 CFAs in the entire country.

His academic excellence was well displayed since school days, he used to stand first in school and this came to light with his All India 10th Rank in CA Foundation.

Using his academic excellence and quest for sharing his knowledge he took up teaching since the date he became CA in year 1999. He has been teaching CA, CS and CFA students.

He has also written articles in financial newspapers. For students he is not just a subject teacher but a great source of inspiration. He is a good orator and also a motivational speaker.

His thirst for accepting challenges made him run 42 kms in the Mumbai Marathon. He has also done long distance cycling. His mantra for success is “follow the excellence and success will follow you”.