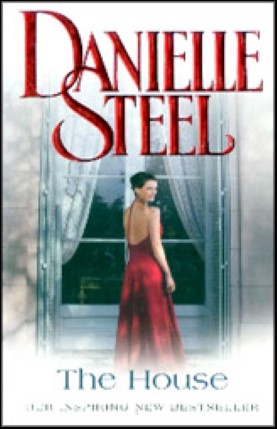 When a young woman receives an unexpected inheritance, she chooses to spend it in an unusual way: restoring, down to every last detail, a luxurious and elegant old house that has fallen into vast disrepair.

Along the way, she discovers much about the fascinating history of the house, along with a few truths about herself and the world around her. Fans of Danielle Steel will find the bestselling authoress in fine form here, as in her 66th novel, Steel transforms one woman's restoration project into a singular journey of self-discovery. 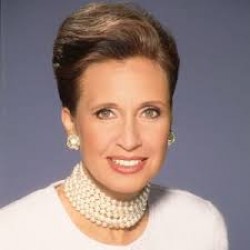 Since 1981, Ms. Steel has been a permanent fixture on the New York Times hardcover and paperback bestseller lists. In 1989, she was listed in the Guinness Book of World Records for having at least one of her books on the Times bestseller list for 381 consecutive weeks.

But Guinness was premature. The fact is that one or more of Ms. Steel's novels have been on the New York Times bestseller list for over 390 consecutive weeks. Twenty-one of Ms.

Steel's novels have been adapted for television, each earning high ratings and critical acclaim, including two Golden Globe nominations for JEWELS, a four-hour mini-series that starred Anthony Andrews.

In addition, Ms. Steel is the author of the "Max and Martha" series of books for young readers. They are ten illustrated storybooks written to comfort the young as they face problems, such as a new stepfather, new baby, new school, loss of a grandparent, and other crucial dilemmas in a child's life.

She has also written the "Freddie" books, four of them, about real-life situations in children's lives, like a visit to the doctor and the first night away from home.

Ms. Steel has also written nonfiction, HIS BRIGHT LIGHT, about the life and death of her son Nicholas Train, released by Delacorte Press in September 1998 and immediately jumped to the New York Times Non-Fiction bestseller list and "Having a Baby." She has also written a book of poetry entitled LOVE: POEMS BY DANIELLE STEEL.

In 2002, Ms. Steel was decorated by the French government as an "Officer" of the distinguished Order of Arts and Letters, for her lifetime contribution to world culture. She was awarded the second highest rank of the Order.

Ms. Steel also has a passionate interest in emerging contemporary artists. She has had an art gallery for several years, and and continues to sponsor and organize free lance art shows and events to show the work of emerging and mid-career artists.

She has a degree in design herself. In addition to her writing, Ms. Steel has varied philanthropic interests. She founded and runs two foundations, one named in honor of her late son, The Nick Train Foundation, which funds organizations involved in mental illness and child abuse.

The second was established to assist the homeless. She has won numerous awards for her personal work with mentally ill adolescents and children. Ms. Steel maintains a passionate interest in the welfare and well-being of children, particularly those in jeopardy.

She has raised nine children of her own. And they continue to keep her busy, as she juggles writing and family. Her family is her first priority, despite her many interests.

From an education in New York and Europe to a professional background in public relations and advertising, and teaching, Ms. Steel moved on quickly to her literary career and has been hard at work writing ever since.

She wrote her first book at nineteen. Often, she works on five books at a time — researching one storyline, writing another, and editing the third. Still, she often spends two to three years researching and developing a single project. In the heat of a first draft, it is not uncommon for her to spend eighteen to twenty hours a day glued to her 1946 Olympia manual typewriter.

Family, children, and young people are the central focus of her life, and her passion, which frequently shows in her writing. She deals with the themes that touch on the most pressing issues of real life, which makes her books universal, and touch so many people.

She is fascinated by the pressing life situations that affect us all, how people handle them and are often transformed as a result.

And her novels have explored subjects such as kidnapping, incest, mental illness, suicide, death, divorce, adoption, marriage, loss, cancer, war, among others.