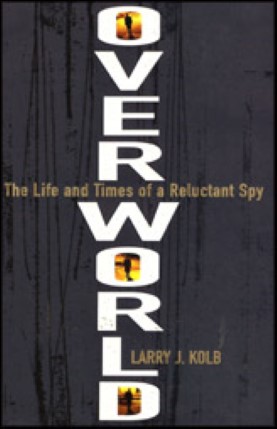 This gripping memoir by a former American intelligence operative is a vivid portrait of a spy at every stage of his life and career. Raised in various countries around the world as the son of an American spymaster, Larry Kolb tells how his father taught him to think, look and listen like a spy, and how a friend and colleague of his father attempted to recruit him to the CIA.

Kolb declined, choosing instead to become an international businessman. His early success - in his mid-twenties he became an agent for several professional athletes, including Muhammad Ali - brought him into contact with many of the world's wealthiest and most powerful men, making him irresistible to master spy and CIA co-founder, Miles Copeland.

When Copeland later tried to recruit him, Kolb accepted, and soon he was involved in covert intrigues in Beirut, Saudi Arabia, Iraq, Afghanistan, the Phillipines, Nicaragua, Pakistan and India. Peopled by larger than life characters such as Adnan Khashoggi, Imelda Marcos, Rajiv Gandhi and Ronald Reagan, Overworld is a real-life adventure story of the highest order which offers compelling insights into the danger, glamour and psychology of espionage - as well as 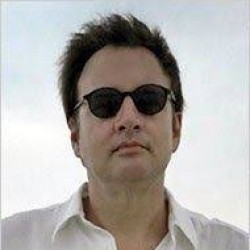 Larry J. Kolb was born in the United States and raised around the world. He has lived, among other places, in Washington, New York, London, Berlin, Japan, Switzerland, South Africa, and in a safe house on a beach in Florida. As the son of a senior American intelligence official, Kolb was recruited by the CIA when he was twenty-two years old, but he declined. Instead he became a businessman, and the following year was featured on the front page of The Wall Street Journal. While still in his twenties, Kolb became an agent for professional athletes, including Muhammad Ali.

This brought Kolb into contact with many of the world's most powerful and wealthiest people, especially in the Middle East, and made him almost irresistible to legendary CIA cofounder Miles Copeland. When Copeland recruited Kolb, Kolb said yes, and soon he was involved in covert intrigues in Beirut, Saudi Arabia, Libya, Nicaragua, Peru, Pakistan, and India, as well as the halls of power in London, New York, and Washington.

With Copeland, Kolb cowrote white papers for the President of the United States and the National Security Council. While running a covert propaganda campaign for Indian Prime Minister Rajiv Gandhi, Kolb anonymously wrote a widely-published series of investigative newspaper reports that electrified India. After Gandhi's assassination, Kolb found himself in a safe house in Florida with little to do but listen to waves roll in and put down on paper extraordinary true stories drawn from his own life experiences.