Home / Books / This Is Marketing: You Can't Be Seen Until You Learn to See 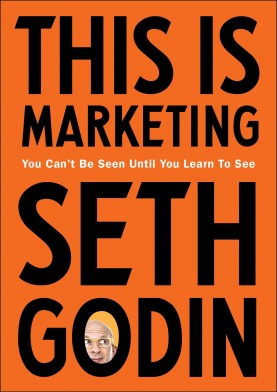 This Is Marketing: You Can't Be Seen Until You Learn to See

Over the past quarter century, Seth Godin has taught and inspired millions of entrepreneurs, marketers, leaders, and fans from all walks of life, via his blog, online courses, lectures, and bestselling books. He is the inventor of countless ideas and phrases that have made their way into mainstream business language, from Permission Marketing to Purple Cow to Tribes to The Dip.

Now, for the first time, Godin offers the core of his marketing wisdom in one accessible, timeless package. At the heart of his approach is a big idea: Great marketers don't use consumers to solve their company's problem; they use marketing to solve other people's problems. They don't just make noise; they make the world better. Truly powerful marketing is grounded in empathy, generosity, and emotional labour.

This book teaches you how to identify your smallest viable audience; draw on the right signals and signs to position your offering; build trust and permission with your target market; speak to the narratives your audience tells themselves about status, affiliation, and dominance; spot opportunities to create and release tension; and give people the tools to achieve their goals.

It's time for marketers to stop lying, spamming, and feeling guilty about their work. It's time to stop confusing social media metrics with true connections. It's time to stop wasting money on stolen attention that won't pay off in the long run. This is Marketing offers a better approach that will still apply for decades to come, no matter how the tactics of marketing continue to evolve. 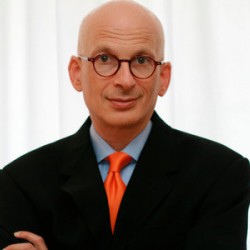 Seth Godin is the author of nineteen international bestsellers that have been translated into over 35 languages, and have changed the way people think about marketing and work. For a long time, Unleashing the Ideavirus was the most popular ebook ever published, and Purple Cow is the bestselling marketing book of the decade.

His book, Tribes, was a nationwide bestseller, appearing on the Amazon, New York Times, BusinessWeek and Wall Street Journal bestseller lists. It's about the most powerful form of marketing--leadership--and how anyone can now become a leader, creating movements that matter.

His book Linchpin came out in 2008 and was the fastest selling book of his career. Linchpin challenges you to stand up, do work that matters and race to the top instead of the bottom. More than that, though, the book outlines a massive change in our economy, a fundamental shift in what it means to have a job.

Since Linchpin, Godin has published two more books, Poke the Box and We Are All Weird, through his Domino Project. He followed these with The Icarus Deception via Kickstarter, which reached its goal in less than three hours. Joined by Watcha Gonna Do With That Duck and V is for Vulnerable, those books are now widely available. In late 2014, he announced his latest, What To Do When It's Your Turn, sold directly from his website.

In addition to his writing and speaking, Seth was founder and CEO of Squidoo.com,. His blog (find it by typing "seth" into Google) is the most popular marketing blog in the world. Before his work as a writer and blogger, Godin was Vice President of Direct Marketing at Yahoo!, a job he got after selling them his pioneering 1990s online startup, Yoyodyne.

You can find every single possible detail that anyone could ever want to know at sethgodin.com