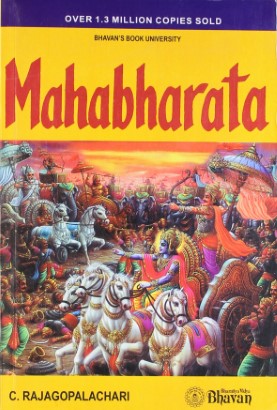 A long time ago, two families were to inherit a vast kingdom known as the Kuru Empire. The five sons of Pandu, called the Pandavas, were brave warriors, each of them born with divine blood running through their veins. They were virtuous, examples of humanity at its peak. They were endowed with wisdom, patience, strength, knowledge and compassion.

Their cousins, the hundred sons of Dhritarashtra, were called the Kauravas. The Kauravas were greedy, always hankering after more wealth. Since neither Pandu nor Dhritarashtra were suited to reign over the kingdom, the throne had to be equally divided between these two families. However, the Kauravas cheated the Pandavas out of their share and drove them into a long exile. They constantly try to kill them throughout their exile, but the Pandavas persist. At long last, they return to claim their rightful inheritance, but the Kauravas are not ready to part with even a portion of the kingdom.

With the stage set, the Pandavas and the Kauravas meet in an epic battle on a field which had already been washed several times over with the blood of warriors. On Kurukshetra, they would fight a mighty war which would leave both sides crippled. And on this battlefield, the Blue God, Krishna, explains the righteous duty the Pandavas have to fulfill by exterminating their vile cousins. This is a story of love, avarice, wisdom, patience and respect for one’s fellow man. Every known moral lies hidden in the Mahabharata, and it is for this reason that it is considered one of the greatest stories ever composed. 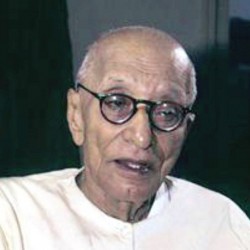 Chakravarti Rajagopalachari, informally called Rajaji or C.R., was an Indian lawyer, independence activist, politician, writer and statesman. Rajagopalachari was the last Governor-General of India. He also served as leader of the Indian National Congress, Premier of the Madras Presidency, Governor of West Bengal, Minister for Home Affairs of the Indian Union and Chief Minister of Madras state and as such, he rendered yeomen service to the nation.

Rajagopalachari founded the Swatantra Party and was one of the first recipients of India's highest civilian award, the Bharat Ratna. He vehemently opposed the use of nuclear weapons and was a proponent of world peace and disarmament. During his lifetime, he also acquired the nickname 'Mango of Salem'.

Rajaji was a great patriot, astute politician, incisive thinker, great visionary and one of the greatest statesmen of all time. He was a close associate of Mahatma Gandhi, hailed as conscious-keeper of the Mahatma.

Rajaji was closely associated with Kulapati Munshiji and he was among the distinguished founder-members of the Bhavan (Bharatiya Vidya Bhavan). The Bhavan has published 18 books by him so far, the copyright of which he gifted to the Bhavan.
Rajaji wrote not only in English but also in chaste Tamil, his mother-tongue. He was at his best as a short-story writer.