Home / Books / Revenge of the chandalas : Book 1 The chronicles of kosala Trilogy 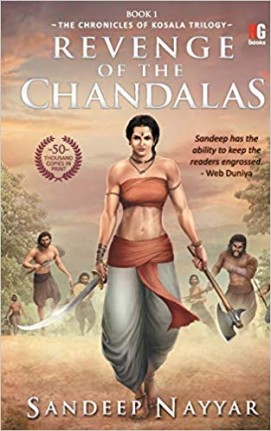 Revenge of the chandalas : Book 1 The chronicles of kosala Trilogy

It is the post-Vedic era in the land of enigmatic India. South Kosala, ruled by the Advances is a mighty kingdom in central India. Its splendor and glory invite envy from several kings of the Bhargava’s.

The arch-rivals of the Advances, rulers of North Kosala and the former rulers of South Kosala, the Raghuvanshi’s of the Kishlak lineage are resolute to settle their score with the Advances and to reconquer the state.

With tact and shrewdness, they incite neighboring NiCad tribes to launch guerrilla attacks on South Kosala. They ignite the fury of downtrodden Chand alas of the kingdom to force a violent uprising against the king of the Advances.

The infuriated Chand alas, equipped with a lethal chemical weapon unleash a marauding attack on Striper, the capital of South Kosala. Mayhem ensues. The chaos begins to lead to a catastrophe.

What eventually happens in this cataclysmic clash between the oppressed and the oppressor? Does the cold war between the two rival states culminate in a ‘battle royal’?

Revenge of the Chand alas.

A riveting saga of magical realism. Book one of ‘The Chronicles of Kosala’ trilogy. 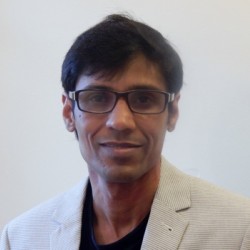 Sandeep Nayyar is a Mechanical Engineer by discipline, an IT expert by profession and a creative writer by choice. Born in Raipur, the capital of Chhattisgarh state in Central India on August 20, 1969, he is a British citizen.

Sandeep has had a great flair for writing since an early age. After doing his B.E. with honors, Sandeep was a working journalist for a couple of years. Wrote a weekly column for Saptami Hindustan, a literary weekly published by The Hindustan Times group.

Came back to his professional fold of Mechanical Engineering in 1991 and worked with Reliance Industries. Migrated to the United Kingdom on a job assignment and finally settled there in 2000. Keeps regularly writing for literary portals and magazines.

Sandeep also manages a website sahind.com which provides a platform for ecosystem of people engaged in the writing occupations.