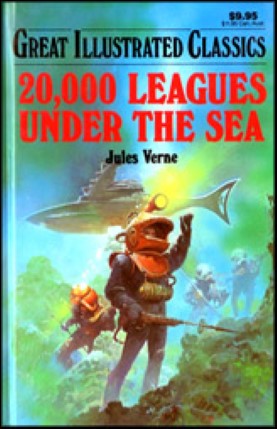 Available
Tor Classics are affordably-priced editions designed to attract the young reader. Original dynamic cover art enthusiastically represents the excitement of each story. Appropriate "reader friendly" type sizes have been chosen for each title--offering clear, accurate, and readable text. All editions are complete and unabridged, and feature Introductions and Afterwords.This edition of 20,000 Leagues Under the Sea includes a Foreword and Afterword by T. A. Barron.Jules Verne is considered the "Father of Science Fiction" because of the power of this--his most famous novel."The year 1866 was signalised by a remarkable incident, a mysterious and puzzling phenomenon, which doubtless no one has yet forgotten. Not to mention rumours which agitated the maritime population and excited the public mind, even in the interior of continents, seafaring men were particularly excited. Merchants, common sailors, captains of vessels, skippers, both of Europe and America, naval officers of all countries, and the Goverments of several States on two continents, were deeply interested in the matter.For some time past vessels had been met by 'an enormous thing,' a long object, spindle-shaped, occationally phosphorescent, and infinitely larger and more rapid in its movements than a whale."It is this "something" that Professor Aronnaz sets out to encounter--and thus begins the most incredible underwater journey ever. From Atlantis to the South Pole, the reader is taken through dangers, surprises, and the unsurpassed majesty of the marine world. 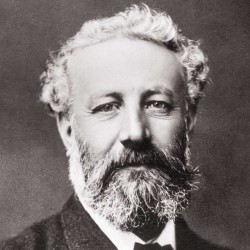