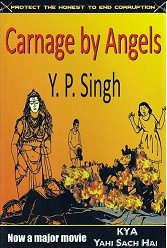 Police and administration are logically ordained to be angelic. But unfortunately, as the years rolled by, they degenerated, as the men and women in power played the cruel game of corruption. Alongside, an entire world of intrigue, deceit, sex, love and money started governing the dynamics of governance. And that is how this novel traverses through the enormous world of glamour, police, bureaucracy, politicians, women, credulous citizens, corporate bodies, underworld, power-brokers, doctors, and media. This novel endeavours to make a graphic expose of this uncharted ocean of deceit 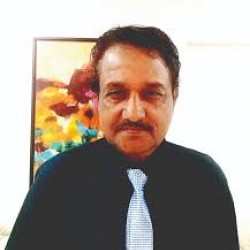 Y.P. Singh was an officer of Indian Police Service, 1985 Batch of Maharashtra Cadre. Born in the year 1959, he has had one of the stormiest careers which an IAS or IPS officer would ever have faced.

While Y.P. Singh stuck to his values in the IPS, he could observe that his position had turned untenable because the superior officers were either prone to corruption or had surrendered their authority to corrupt politicians. Unable to reconcile the conflicts, Y.P. Singh quit the police force in the middle of his career.

In his such tumultuous service in the IPS, Y.P. Singh worked at diverse places including that in the District Police, Administration, Central Bureau of Investigation and the Reserve Police.

While in service, he exposed several highly complicated cases from time to time, which started with local cases such as of food adulteration, copyright violations, essential commodities, illicit liquor, gambling, murders, cheating and criminal breach of trust to cases have national ramifications including stock market frauds, bank loan frauds, land scams, nepotistic tenders, corruption in infrastructure and large construction projects, environmental and town planning violations and many, many more.

Y.P. Singh has had a unique experience of having seen the transition of the values among public servants. In 1985, when he joined the service, ethics had reached its fringes. By early 1990s the deterioration of values became rapid and the corruption starting spreading like wild fire.

Today, the fire of corruption rages unhindered and there is no hope at all that it would reduce. Nay we need to be sort of satisfied if we could stem its growth.